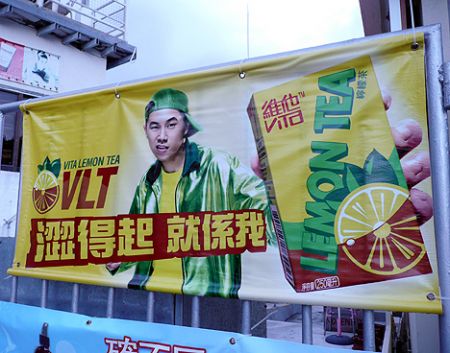 An email a few months back got me thinking about the local Hip Hop scene. To this day, people are still curious what Hong Kong Hip Hop is like.

For a dense urban landscape similar to New York, you’d think that Hip Hop would be a natural fit. However, with some exceptions included below, Hong Kong seems to have a grasp of the swagger, but not the soul of the music.

Thirty years ago, Hip Hop emerged from the cracked sidewalks of New York City in an urban renaissance that continues to shape contemporary music, art, dance and fashion.

As it spread around the world, Hip Hop music was adapted and localized in different countries. Hong Kong was no exception. Local kids began honing their skills on the turntables, while others began rapping in Cantonese.

The very nature of Hong Kong, a transient city where people are constantly in flux means that it must have been exposed to Hip Hop music early on. In addition to a large expatriate community, Hong Kong has a massive number of international Chinese who frequently travel to major cities around the world. Under these circumstances it’s difficult to pinpoint an exact date when the music first surfaced in the city.

As something of a Hip Hop purist myself, what I look for when I think of a legitimate Hip Hop scene is whether there’s an organic group of people making music that reflects their thoughts. I’m not talking about carpet-baggers that spend part of their time in the U.S. and then come over to Asia and imitate rap-stars, I’m talking about people who have often never left, but have the hunger, passion and determination to try to understand the music, and create something true to the art form. You can find this sort of honest movement in places like France, Germany, Japan, South Korea and China.

Nowadays what most people refer to as “Hip Hop,” is actually Pop music or commercial R&B. While there is a small underground scene in Hong Kong, it continues to limp forward without making much progress.

For anyone interested in more information, I’ve put together a collection of videos that cover part of the history of Hip Hop music in Hong Kong. This isn’t a complete list of everyone in town, but it does cover an assortment. Please feel free to leave links in the comments if you have other people to include.

The most interesting video to me is a documentary about BFD, a (now defunct) skateshop in Tsim Sha Tsui. For a time, this shop seems to have formed the nucleus of urban street culture in the city. Watching the video you can see it was a real multi-cultural lot of local kids who helped launch skateboarding (in addition to street wear trends,) in Hong Kong.

This same shop, opened in 1991, by Tabo Kagaya and Warren Stuart, went on to have a major influence not only on sport and fashion, but also on music and entertainment. Some of the names you’ll hear about include Sam Lee, Jan Lamb, Eric Kot, D.J. Tommy and Daryll Griggs. It’s very well done and does a good job of chronicling a forgotten part of H.K.’s history. Worth a watch even without English subtitles.

Hong Kong’s first blip on the international Hip Hop radar came in 1996 courtesy of D.J. Tommy. Tommy competed in the DMC DJ championships and eventually placed number 2 in the world! Have a look at the stiff competition he faced and catch a glimpse of his routine below. (This is worth watching just to see just how creative turntablists can get.)

In Hong Kong, if you ask the average person on the street what Hip Hop is, they’ll invariably (and mistakenly,) mention one of the following: Hip Hop dance; foul language; ostentatious bling jewelry; or baggy clothes.

The foul language aspect arises from the success of local fusion group L.M.F.! A combination of band members from various Punk groups, along with D.J. Tommy, and M.C. Yan, the city’s first prominent rapper, L.M.F. contained real street language that was unorthodox in local music at the time. The group had charisma and personality, as you can see from the following film “Dare Ya”, which documents their rise. (I saw this one in the cinema when it was released!) Has English subs!

[photopress:FAMA_Hong_Kong_Hip_hop.jpg,full,pp_image] FAMA with Edison in the middle

Much more recently we have Fama. D.J. Tommy incubated Fama and helped them gain a commercial direction. Fama have had success in the mold of the creative, but clownish brand of Hip Hop. The duo have recently been gaining wider public exposure and you can spot them in advertisements, such as this one in the MTR, Hong Kong’s subway system.

Here’s a video of FAMA rocking the CLOT Levis event a few years ago.

24 Herbs are another oddity. They are sort of party rappers, with a Beastie Boys kind of attitude. They are one of the few multi-lingual groups with songs in English and Cantonese. They also contain several former members of L.M.F.

Here you can check them out playing before a large crowd in Bangkok.

Over the last two years, Hong Kong has also been graced with the presence of a genuine Hip Hop legend. Jin da M.C., a noted American-born-Chinese rapping champion has set up shop in the city and has been gaining notoriety. The charismatic and quick-tongued rapper has taken to rhyming in Cantonese, and has been well received around town. Currently he’s featured all over the city in a iced-lemon-tea commercial.

Here’s a clip of Jin and M.C. Goldmountain freestyle rhyming at Racks MDB. The wordplay is hilarious, and features an excellent job by both rappers!

I stumbled across the name Mastamic a few times while researching this post. I haven’t heard him live, but he’s definitely got skills. Be sure to check out his fast-paced freestyle inside the Hip Hop CD store on Temple Street.

You can also have a look at the following short documentary that covers new group 85UP2.

My favorite WTF Hip Hop attraction in Hong Kong? The (now repainted) pillar on Magazine Gap Road leading up to the Peak, which for at least a decade featured the spray painted “Yo! MTV Raps!” logo. 😉