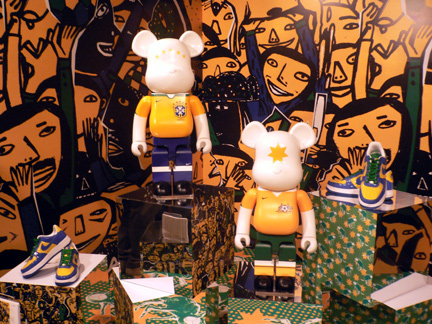 Last week Nike held an event to coincide with their new ‘Joga Bonito’ campaign. ‘Joga Bonito’ means ‘play beautiful’ in Portuguese, relating to Ronaldo, one of the top Brasilian soccer players. To kick-off the advertising blitz, Nike threw an event at the DMOP shop in Causeway Bay. (DMOP is one the high-end retail chains in Hong Kong.)

There were several installations of artwork and merchandise related to the campaign, including photographs, toy figures and jerseys on display. They also had two special ‘Joga Bonito’ themed foosball tables for people to play. 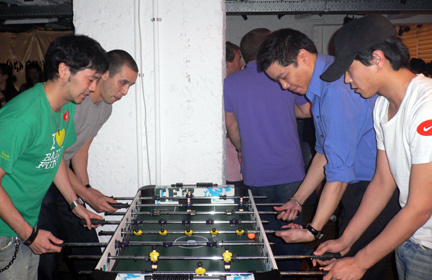 Here’s a photo of Nike’s street advertising campaign for ‘Joga Bonito’ in Causeway Bay that I took later that night. 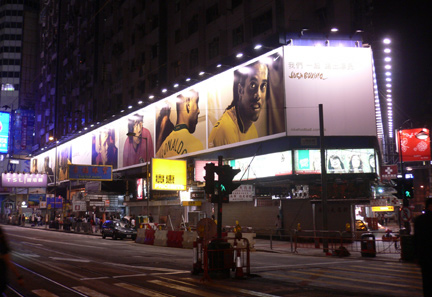