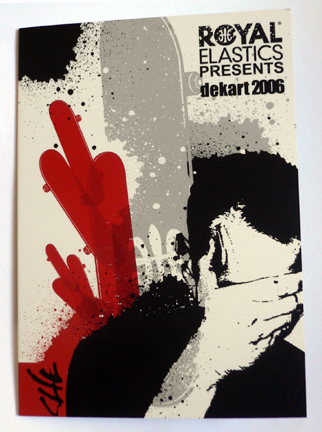 Sneaker company Royal Elastics put together an Asia tour for old-school London graffiti artist SHE1. The first stop on the tour was Hong Kong. The event featured live painting by SHE1, this time on three large panels of plexiglass. This concept was cool because it would allow the entire crowd to watch him as he painted, and allow him to see the crowd. (Usually artists have their back to the crowd the whole time they’re painting.) 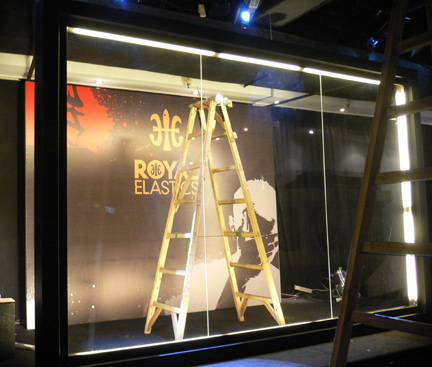 At around 11pm, the crowd was at its peak, and SHE1 jumped on stage and began painting. The crowd stood around snapping photos, checking out his technique and watching him work. 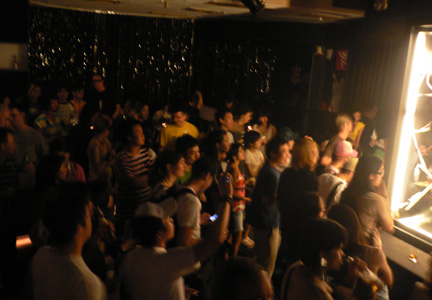 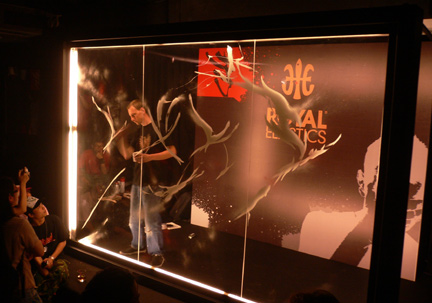 SHE1 used a combination of acrylics and spray paint. Instead of letters, his new style is composed of abstract patterns.

Click on the image below to see the finished work. 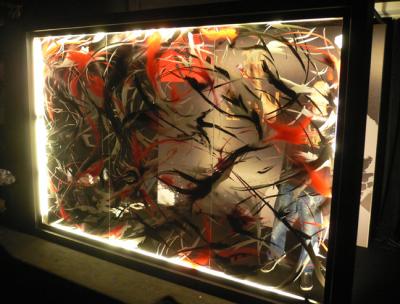