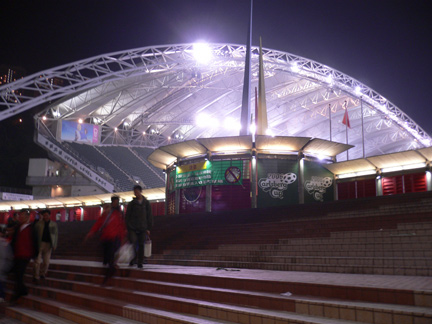 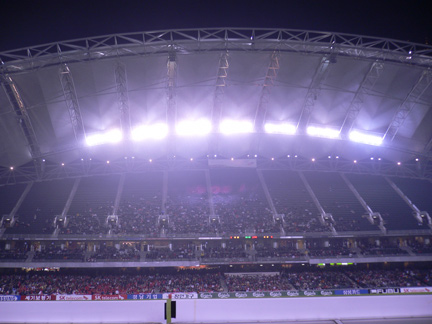 The other night I got invited to attend a soccer game that featured part of the Korean national team vs. Denmark. It was being held at the Hong Kong stadium which is actually more famous for what’s not being held there than for what is. After the stadium was completed, neighbors put up a successful fight to limit the type and time of events held at the venue. Music events have been severely limited. Two of the ridiculous ideas that were hatched to save the stadium as a music venue: have concert-goers wear gloves to cushion the sound of their clapping; give everyone a headset, where the sound would be played over headphones to the attending audience. With its 40,000 person capacity, the stadium still remains a destination for large sports events like the H.K. Rugby Sevens tournament. 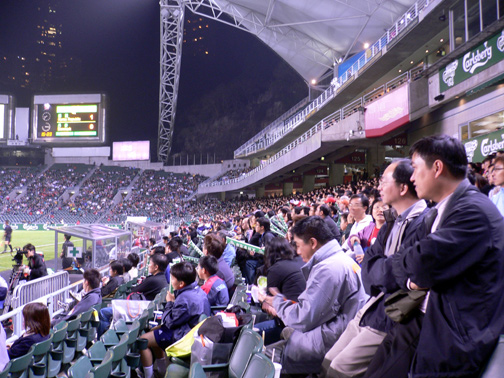