I ran into a friend on The Escalator the other day, and he mentioned a project he was working on that was creating an alley (on canvas) that would look as if it had been tagged over many years. He invited me to come check it out. When I got to the alley, there was no one there, but I did manage to get a shot of one of the layers. The next day when I passed the same site, it was all gone. The funny thing is that it was done right across the street from a prison. I wonder if they had any static? 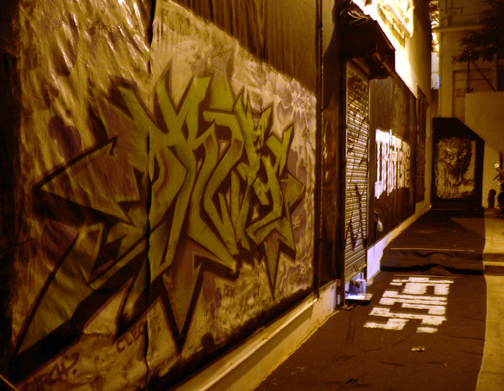 The reason that I capitalized The Escalator is that it is a particularly unique feature of Hong Kong’s Central neighborhood. It is actually the longest escalator system in the world! Running over 800 meters (more than 2,600 feet,) I travel on sections of it nearly every day. It scoots up through Central and goes through several sub-neighborhoods such as Soho and Mid-Levels. According to the figures I’ve found, more than 45,000 people take it each day! It runs in only one direction at once. From 6:00 am it goes downward, making a nice commute from the residential neighborhoods in Central, down to the major office areas. From 10:30 am until midnight it goes up, allowing you to move up through Hong Kong’s steep hills in luxury! 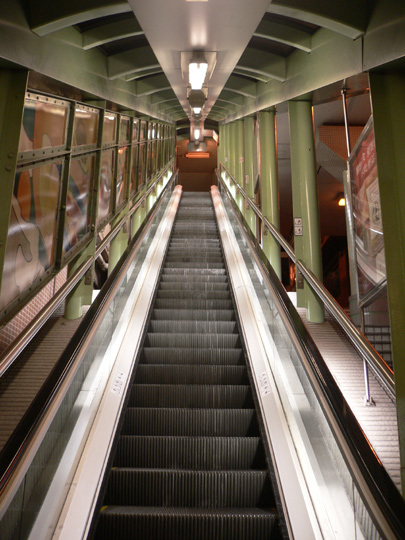