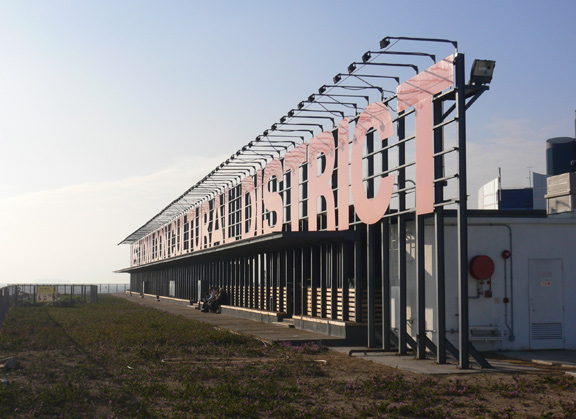 A few weeks ago a friend told me about a trail that you could take in the new West Kowloon District, on the far West side of Tsim Sha Tsui. This is an area that is literally only a few years old – created from reclamation, in what was once part of the harbor! Actually, a significant amount of Hong Kong Island is waterfront landfill, so this shouldn’t come as such a shock. Due to the fact that H.K. Island is mostly mountains, with little flat land, reclamation has become a means to make up for the lack of usable space. The new airport in Lantau is also built on reclaimed land – it was the largest project of its kind in the world. 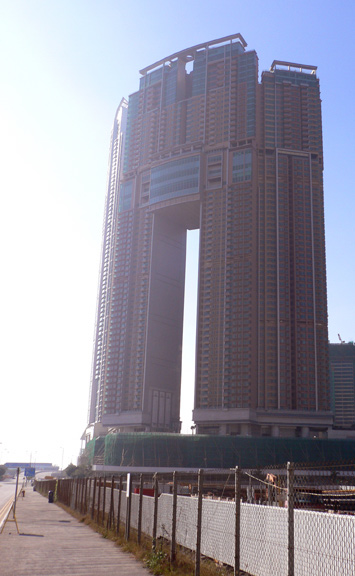 The new West Kowloon District is currently home to several brand new luxury housing developments and also Kowloon Station, a stop on the MTR and Airport Express train lines. The new buildings are enormous, and several more are being built. Since the airport was moved to Lantau Island, the cap on the height of buildings in Kowloon has been lifted, and the new developments make use of the vertical space.

Additionally there is a large swath of waterfront land that is supposed to be developed into two museums and a concert hall seating 10,000 people. This project is known as the West Kowloon Cultural District. They will be building here for many years to come!

I found a hole in a fence and snuck in to take a few photos. It’s got a spectacular view of Hong Kong Island. After I went back to the sidewalk I followed the pathway and it opened to an equally stunning (and legal), harbor front promenade. There is even a viewing place with benches. Worth a visit for a nice long walk with great views.