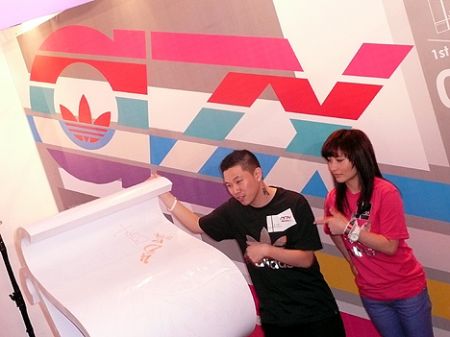 The D-mop crew christened a new J-01 shop on Friday afternoon and celebrated with the launch of the Adidas ZX Consortium line. The ZX line features shoes designed by trend-setting retailers from around the world including two Hong Kong / China fashion players, D-mop, and CLOT / ACU.

Here’s a sneak peek at the shoes! 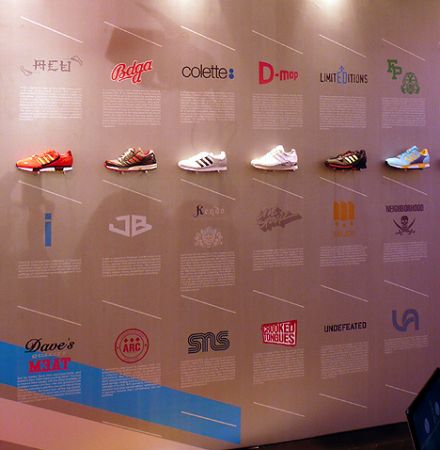 The Adidas ZX line, which contains 22 models, is being released in three batches and these were the first edition. The silver D-mop, and red and yellow ACU shoes, though very different looking, are two of my favorites from the collection. 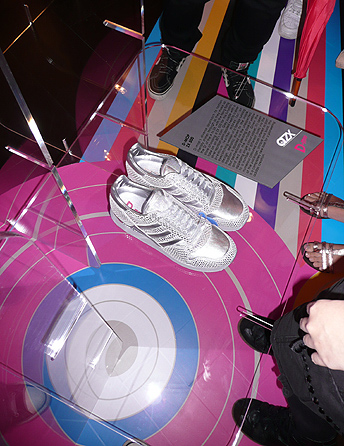 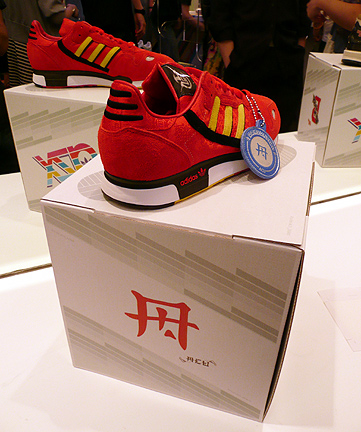 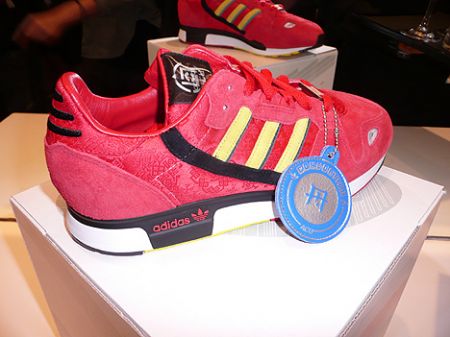 Jin da M.C. and actress / singer Josie Ho were on hand to help host the event and provide some celebrity power. 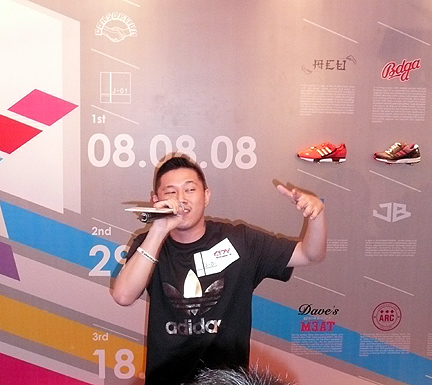 Jin, who recently signed with Clot Media Division, is starting to make the rounds around town. His local fan base in Hong Kong keeps growing. For the last few months he’s been winning over crowds in a grassroots style, one club at a time. Wherever he goes, he often gets on the microphone and guest M.C.s, dropping in comments and short freestyles. At the Adidas / J-01 event he broke into a freestyle that included lyrics referencing some of the sneaker shops chosen to create the shoes. (Attending events, and giving endorsements is the standard way in which Hong Kong entertainers derive revenue from their stardom.)

Normally fickle Hong Kong audiences appear to have taken a liking to Jin. Perhaps this is due to his milestone as a top battle M.C. as well as his Chinese pride message. Speaking of Chinese, he’s been making a big effort to expand his rhyming abilities in Cantonese.

Despite his formidable skills as a battle M.C., Jin’s not without a sense of humor. After acting like he was leaving the impromptu stage on Friday, he came back rapping for three encores – much to the delight of the crowd, as well as the photographers and press assembled at the event. 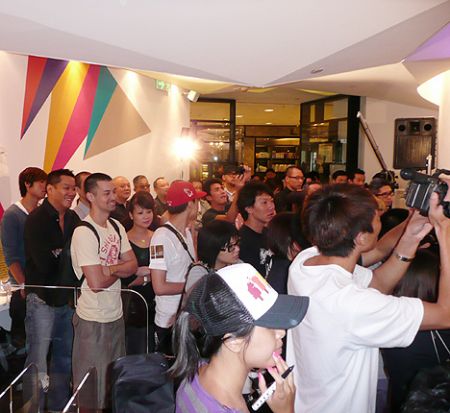 The J-01 store is a smart addition to the increasingly popular IFC shopping mall. Though Lane Crawford, (a top fashion forward retailer located in the IFC mall,) carries some sneakers, there is no place in Central that caters specifically to fans of exclusive and limited edition models. J-01 also carries a large line of sporty clothing from top designers which has been under-represented in the neighborhood. 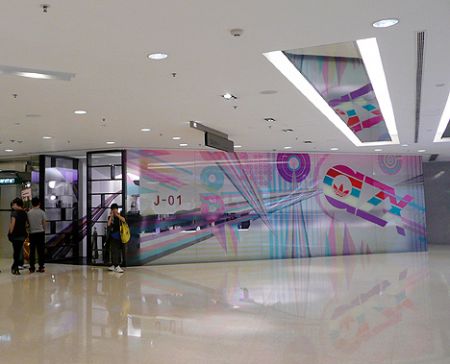 J-01 at the IFC Mall address:
3rd floor, shop 3022
IFC (take the escalator near McDonald’s up to the third floor)
Central, Hong Kong 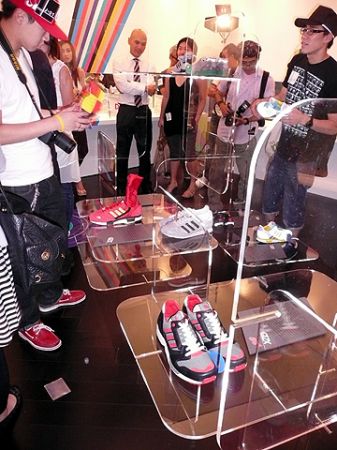