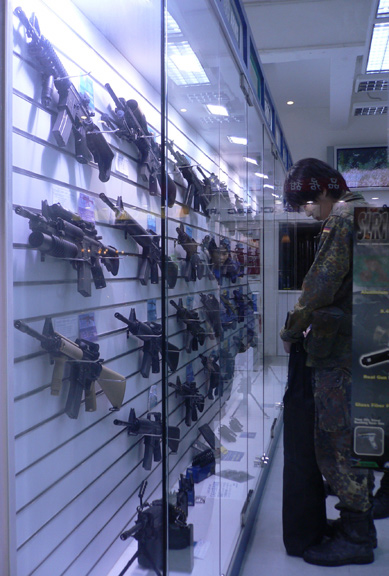 I was walking through a part of Mongkok that I haven’t been to in a while when I saw a window loaded with assault rifles on display. As I walked further down the block I came across three similar shops. Where there were once several, there is now an influx of gun stores. I counted over ten in this small sub-section of Mongkok.

The range and detail of the weaponry is amazing. These aren’t real guns or plastic guns aimed at kids, but metal replicas for adults who want to play wargames. Many of them are capable of firing pellets. There are places in the New Territories (an area outside of Kowloon that is less densely populated,) where people go war-gaming. Given the number of shops, I’d say that the trend is growing. M.C. Yan, Hong Kong’s godfather M.C. and graffiti artist mentioned to me that he’s into war games last time we hung out, so it seems to have a wide appeal. I stopped into one of the shops to take a quick look at the selection. Not only do they have a huge variety, but you can also customize or modify your gun. I saw a whole wall devoted to silencers for example. 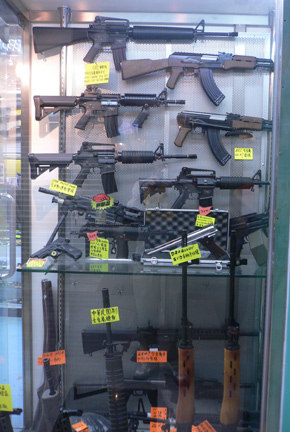 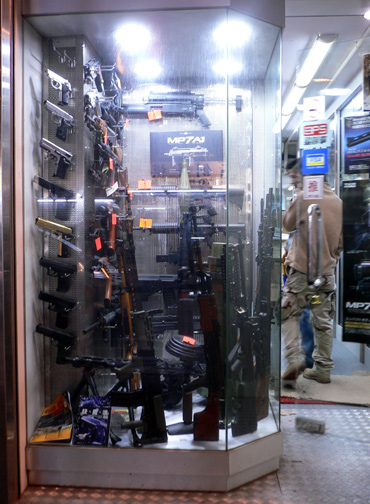