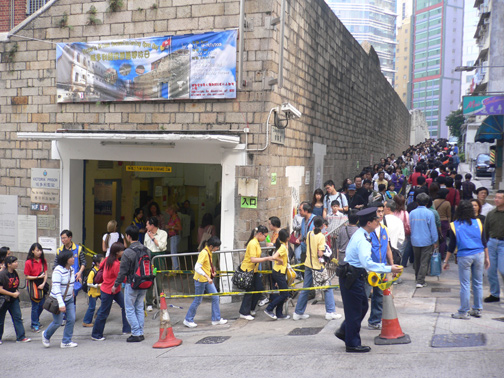 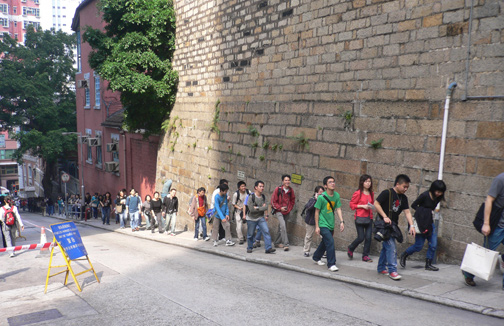 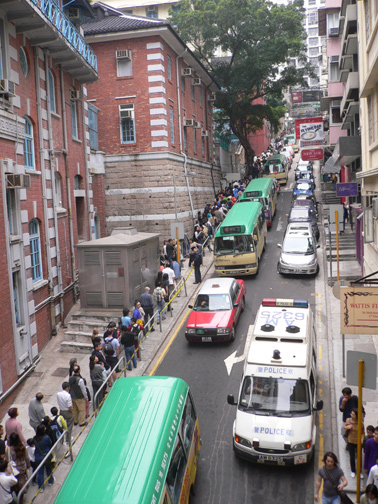 In Hong Kong’s Central neighborhood, above the famous nightlife area Lan Kwai Fong and on the fringe of the Soho neighborhood lies Victoria Prison. Last week it was decommissioned with much fanfare. Visitors were permitted to tour the grounds and thousands of people showed up. I’ve never seen so many people want to go to prison before! I happened to be walking around it and took some photos.

This decommissioning is a big deal because the land it sits on is extremely valuable. On one side of the prison is the Hollywood Road police station – one of the few old colonial buildings left in Hong Kong. There have been plans to make the former prison into a shopping mall or a new nightlife area. It’s a desirable location in a neighborhood with scarce land. 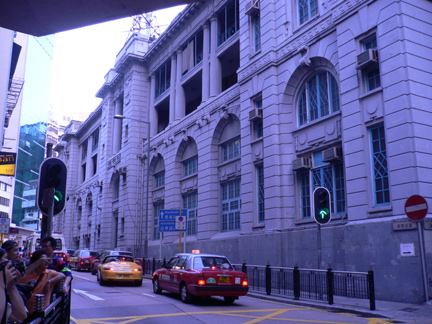