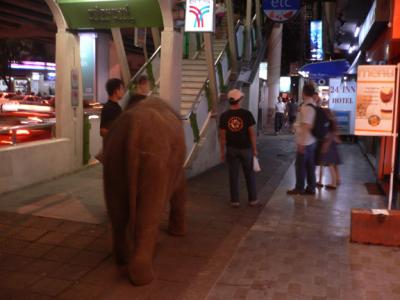 Bangkok is a short flight – only two and a half hours away from Hong Kong by plane. One of the pleasures of living in H.K. is the close proximity to so many other countries and cultures. Thailand provides an alluring destination for a number of reasons – the weather is excellent, the beaches are amazing, shopping is extensive, and it’s very inexpensive compared to Hong Kong.

I was looking forward to my trip. I’ve been to Bangkok three times previously, and I still only know basics about the city. It’s much more sprawling than Hong Kong.

My flight got in smoothly and I took a taxi to the serviced apartment that my friend had booked for me. Many savvy visitors to Bangkok avoid hotels and instead choose to rent serviced apartments. Their locations and services are excellent and prices even cheaper than hotels. 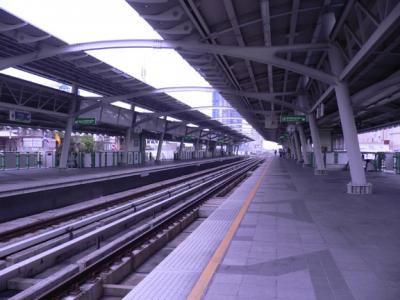 The suite that I got was very spacious with a good view of this part of town. I was located near the Emporium, one of the high-end shopping centers in Bangkok. The Emporium is located on the BTS Sky Train line, at the Phrom Phong station. It’s a convenient location. One note about Bangkok – traffic can be terrible, so being on the BTS Sky Train is a time saver. The trains go to most major areas and are clean, easy to navigate and new.

I got in at night. After I checked in, I called the groom, and he invited me to join him and his in-laws at the Suan Lum night market near Lumpini Park. I hopped into a taxi and was there in about 10 minutes. (Traffic was light due to the time of night.) 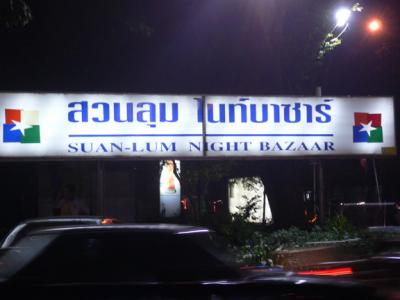 Despite visiting the city several times, I’d never been to the Suan Lum night market before. The night market featured several large buildings divided into small to medium sized stalls featuring everything from clothes to home furnishings to artwork. I was impressed by the cool local designer t-shirts I saw, and made a mental note to remember to come back. (As it turns out, I returned a few days later and picked up 8 shirts at a few different stalls. The prices were around $160 Baht per shirt and up, which is between $4 and $5 U.S.!) After shopping for a few hours, and grabbing dinner, I headed back to the apartment. 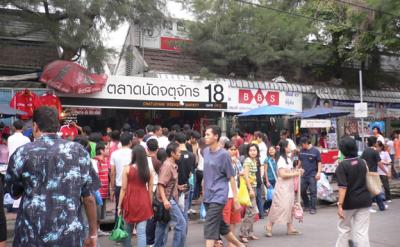 The next day was Sunday (Christmas day,) and I decided to visit the famous Chatuchak weekend market. This place is no joke! It’s the largest market you could possibly imagine. I don’t know exactly how much area it covers, but it’s several square blocks filled with small stalls selling almost everything you could possibly think of. It’s a browsers paradise, there’s just so much here. A quick rundown of what I picked up: old school fat shoe laces, local designer t-shirts, a book on film, retro underwear (to give away as a gift), and some electrical plug adapters. 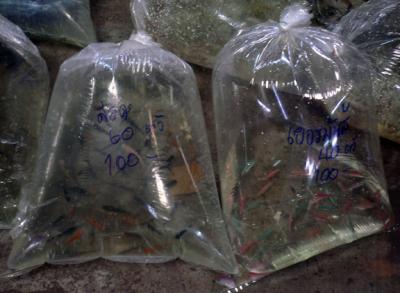 After a few hours wandering around Chatuchak I decided to head to my favorite neighborhood in Bangkok – Siam Square for a quick look around. On my previous trips I’ve found it to be the epicenter of youth culture and perhaps shopping in Bangkok. There are several large malls on one side, Mahboonkong, an enormous shopping center on another end, and a network of cool shops tucked away in several older buildings and blocks on another side. I’ve found cool clothes and music shops here in the past, and I was anxious to see what had changed. 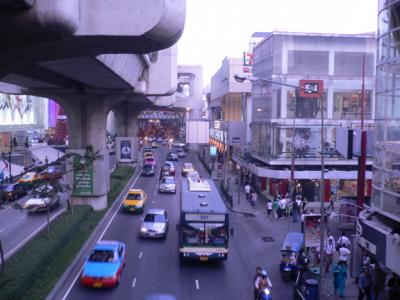 I was happy to see that my favorite movie theater – the Scala, was still around. It’s an old movie palace with a grand lobby and a huge screen. They still have cool hand painted billboards as well. 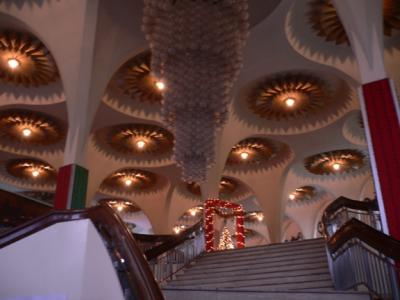 I darted through the mazes of shopping centers, finding that several of the shops I had patronized before (with weird names like ‘Burger Queen’) were now gone. I checked on a shop called KINKY where I got two shirts many years ago, and found that it was still kickin’. I was about to ask about the owner – Nat – when he walked into the store.

I met Nat last year in H.K. I had been to his shop a few years ago and liked the clothes he designed, but didn’t meet him until mutual friends introduced us in H.K. Apart from having a cool shop, Nat just released his first CD on Sony BMG. It’s his own style of Hip Hop music.

After talking for a few minutes, Nat told me that he was on his way to a small get together and invited me to join. The other M.C. from his group came and picked us up. Two hours later we were still driving outside of Bangkok, and lost! Fortunately we found the place after a few detours.

It turns out that the small get together was the birthday party for Joey Boy – one of the top Hip Hop / Pop stars in Thailand. It was in the club house on a private lake of a new luxury development. Very scenic spot.

Joe was out front when we got there, and was very friendly. There was only around 30 people there, and it was an interesting collection of music people, and Thai celebrities. There was a sound system set up and people took turns performing. The music was great!

The rest of my trip was taken up by the wedding. I had to go to the rehearsal, and the actual wedding took up a whole day as well. In the little time I had left, I made another trip back to Siam Square to check out the newest shopping center – Siam Paragon that just opened. It’s amazingly large! In addition to housing a huge supermarket, several floors of shops, it also includes a Ferrari and Lamborghini show room, as well as a full size aquarium! Needless to say, I didn’t get to see the whole place. 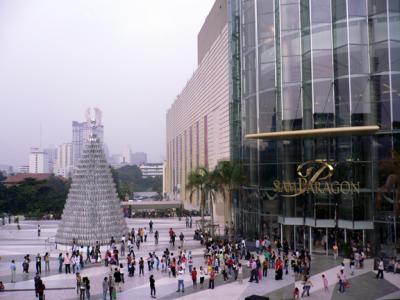 On my last day in Bangkok I decided to check out an area called Thonglor that people have said is a trendy part of town. I read an article in the N.Y. Times that made it seem like a hot spot as well. I didn’t find too much myself. There is a big store called Playground that has an excellent collection of design books, interesting home furnishings, and clothes, but the area on the whole didn’t knock me out. Perhaps it’s the growth of small coffee shops and dessert places that make the area famous. It doesn’t have the intensity of Siam Square or as diverse a collection of places. 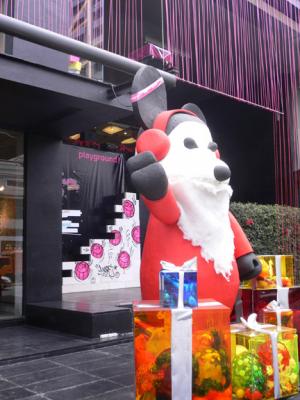