Stylistically, there isn’t one theme that links all of the art together, however, several of the artists produce work with a moody, dream-like quality.

Audrey Kawasaki is known for creating images of young women across a variety of mediums, while Amy Sol features girls frozen in stylized settings with serene, contemplative looks. 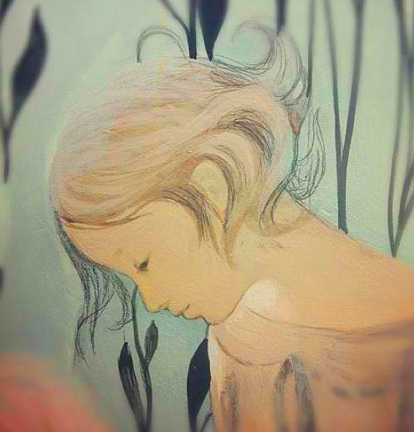 Detail from an illustration by Amy Sol

Joao Ruas has done cover illustrations for the likes of DC Comics and Playboy, and his work has a sense of foreboding mystery. 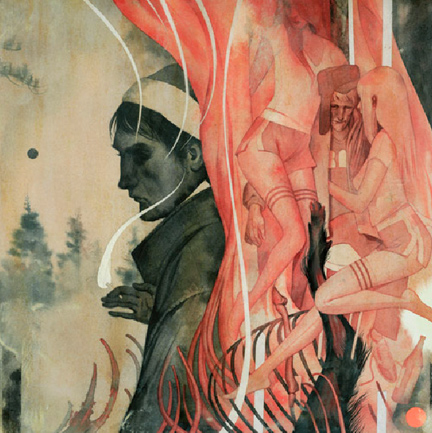 Detail from a work by Joao Ruas

The artists in LAX/HKG are slightly more established than those typically featured in previous Above Second shows.

To commemorate the special collaboration between the two galleries, there will be a limited edition run of fifty prints of ‘Shadows’ by Audrey Kawasaki available *only* on opening night. (See image at top.)