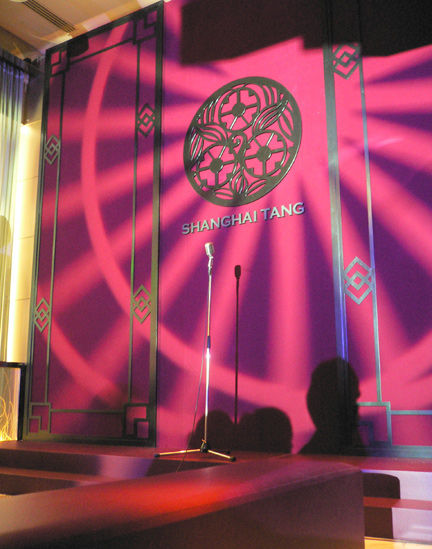 Last night I checked out Shanghai Tang’s Autumn 2006 fashion show. The theme was Shanghai-redux, a throwback to the 1930’s when the city was a key stop on the international circuit. Elegance, wealth and sophistication are some of the attributes meant to be conveyed in the clothing and in the show.

The event was held at the MO Bar, part of the new Landmark Mandarin Oriental. The lighting and decor created an old-Shanghai ambience. A new singer from Shanghai named Huang Ling would take the stage to sing a remix of a classic pop song from 1930’s. 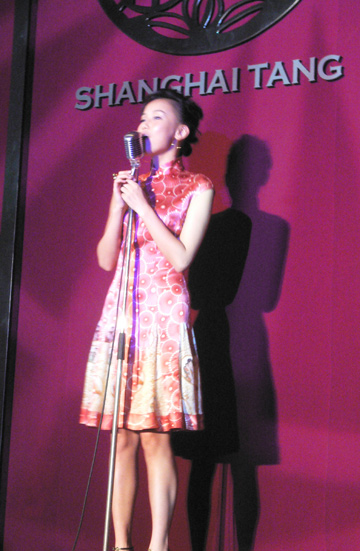 The show featured a mix of Chinese and Western designs, in line with the international flair of the city at its height. The models they chose were likewise a mixture. 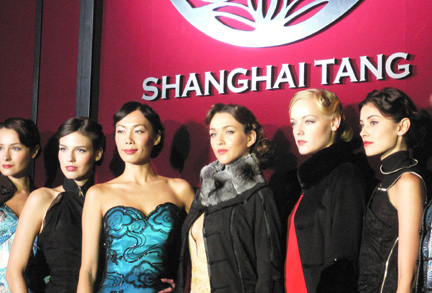 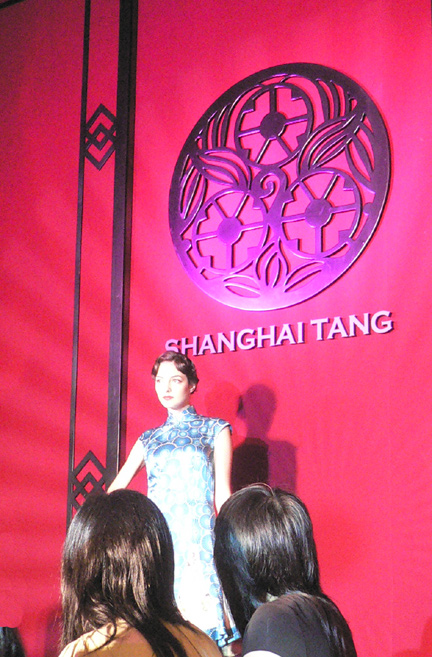