OK, we’re catching up on things that happened over the last few weeks. American Apparel has finally landed in Hong Kong, curiously housed under the roof of high-fashion retailer Lane Crawford.

Will the basics-brand-with-attitude be a success?

If the turnout for the launch event is any indication, American Apparel will be a major hit! 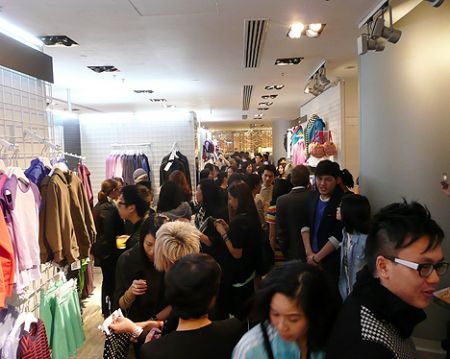 Let’s stop and think about why.

The first thing to consider is that Lane Crawford’s core clientele are tapped into what’s happening in the greater fashion world. Many of them are of dual nationality, or have lived abroad or traveled extensively. With nearly three hundred stores in over twenty countries, it’s likely that they have encountered the American Apparel brand before. 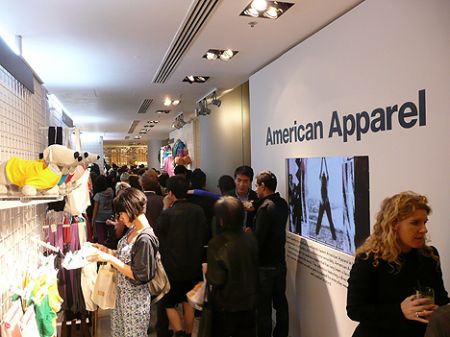 American Apparel has built up a loyal following over the years in part because of their slimmer-fits. Their cuts are actually better suited to Asian bodies than the baggy, super-sized garments that used to dominate the market. 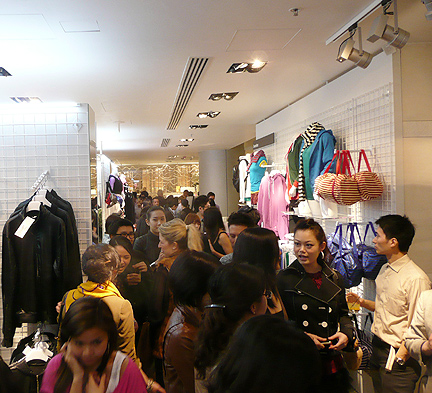 American Apparel has cultivated a certain trendy image over the years that fashion followers are likely to embrace.

But there’s another key differentiator that will help drive sales at Lane Crawford – price. At around $190 HKD per t-shirt, American Apparel clothing is downright inexpensive compared to everything else in the store! 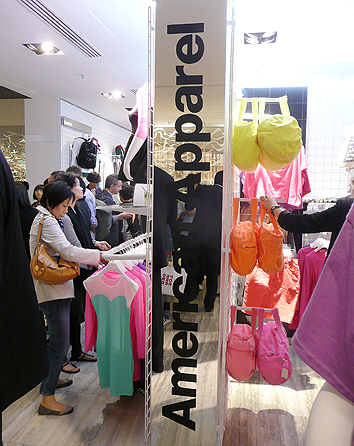