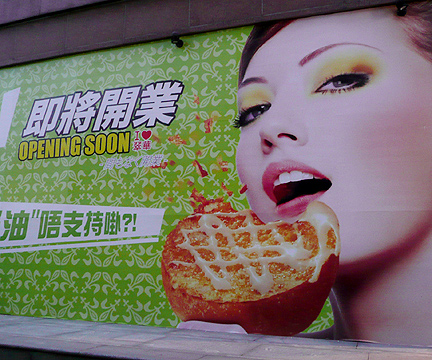 Will the city’s most exclusive address finally be able to enjoy a fish-ball fish-cake noodle at 3:30 am? Perhaps not, but a new branch of Tsui Wah is currently under construction on The Peak.

The restaurant chain, known for their local delicacies, is essentially a diner, offering a large menu that includes Western and Chinese favorites alongside many uniquely Hong Kong-style dishes. Tsui Wah is also well known to the city’s nightlife denizens as their branches are both conveniently located and open late.

But can Tsui Wah succeed in what must be an extremely pricey location?

The Tsui Wah group seems to know a thing or two about juggling expensive rents and making the numbers work. You’re talking about a restaurant chain with six branches alone in Central and Causeway Bay. The Wellington Street location for example, is a three-story behemoth that even manages to get filled to capacity during weekday lunch hours.

Location, location, location!
The new Tsui Wah is opening directly in front of one of the city’s biggest tourist attractions, the Peak Tram. Taking up a prominent corner of the Peak Galleria shopping center, the restaurant is perched in what may be the most prime location.

Potential customers will be able to see into the ground-floor restaurant as they take their first look at Hong Kong’s scenic panorama from high above. Tourists will also be within reach as they make their way back down via the Peak Tram. There’s often a wait, which leaves crowds curled up directly in front of the restaurant.

[photopress:tsui_wah_the_peak_hong_kong_HK.jpg,full,pp_image] A line is forming for the Peak Tram in the background

A branch on the Peak is actually a brilliant idea for Tsui Wah. It could be turned into a flagship location, offering tourists a true taste of Hong Kong, and perhaps even do a small merchandising business. (Tsui Wah has dabbled in merchandising over the last few years with some success.) They could promote their ability to allow tourists to try real Hong Kong favorites in a relaxed, multilingual setting. (Come on, who doesn’t love their ice lemon tea or the crispy bun with condensed milk?

A branch on The Peak not only boosts the Tsui Wah name with tourists visiting Hong Kong (who may return to one of their other branches in the city,) but it’s also a good strategy as the group expands into Mainland China.