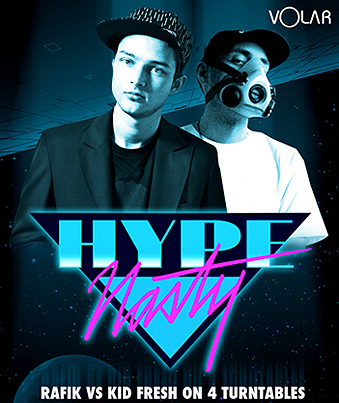 If you’ve been hibernating over the Chinese New Year holiday, you now have a good reason to venture out of your cave.

D.J. Rafik grew up surrounded by classical music, but at some point, he put down his cello and decided to take up the turntables as his instrument of choice. Six awards later, Rafik is a major D.M.C. champion, and has d.j.ed around the world alongside big names in dance music.

But does his background in classical music influence his d.j. sets?

Friday will see Rafik and Kid Fresh reunited on four turntables for an extravagant mix of music.

If you’ve been looking to rejoin civilization again and shake off the Chinese New Year lull, Friday’s event should provide an ample soundtrack.