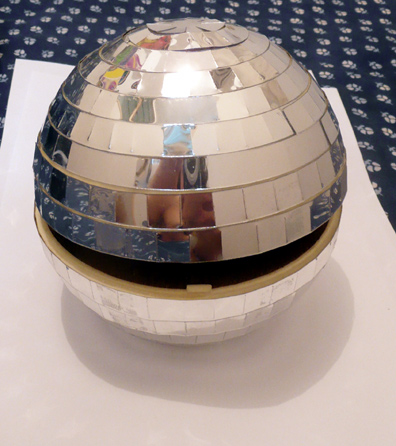 What’s inside the disco ball?

Can it possibly be that time of year again? This Saturday is the sixth anniversary of Dragon-i! The club has evolved over the years to become Hong Kong’s quintessential nightspot. The six-year old venue hosts the biggest name international d.j.s and is a landmark destination for visiting celebrities.

Dragon-i anniversaries tend to be major affairs. Past headliners have included Little Louie Vega and Boy George. This year’s event is no exception.

Even the invitation to the anniversary is cool! Guests received a special miniature disco ball that opens up to reveal a necklace.

Held on Saturday the 22nd, the musical entertainment for the night includes a performance by Jamiroquai fronted by the charismatic Jay Kay (who has always been popular in Hong Kong.) Also performing will be the accomplished d.j., Danny Rampling.

For a look at photos from previous Dragon-i anniversary parties go here and here!