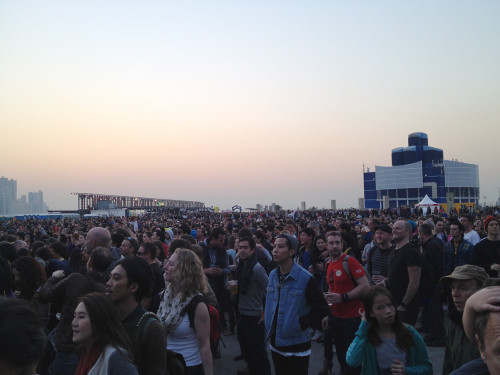 Clockenflap 2013 was impressive on multiple levels. The music and arts festival turned the city’s West Kowloon district into a sea of people over the first weekend of December.

The scale of the festival was larger than ever before with a great variety of talented, top-notch artists. In fact, the number of interesting acts sometimes made it difficult to choose which performance to catch!

Below are a collection of photos that capture the feel of the festival.

Although it has grown exponentially, Clockenflap still supports local bands and DJs. This year there were more performing everything from Reggae to retro Canto Disco!

As the sun went down on West Kowloon, the action started to heat up! Nile Rodgers wowed the diverse crowd on Saturday with a long string of hits that he wrote over the decades.

With a name like Clockenflap, the festival has a wacky, indie spirit. Sneaker brand Vans did a good job integrating their tent into the festival. 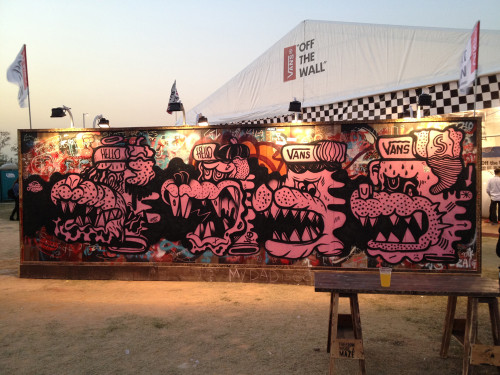 In addition to using street artists to decorate their space, the brand had two barbers giving free haircuts, among other activities. Their stage featured a mixture of local acts from indie bands to DJs.

Keep in touch with plans for next year’s festival via the Clockenflap Facebook page. 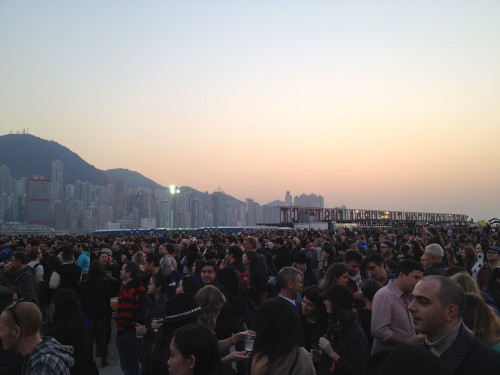