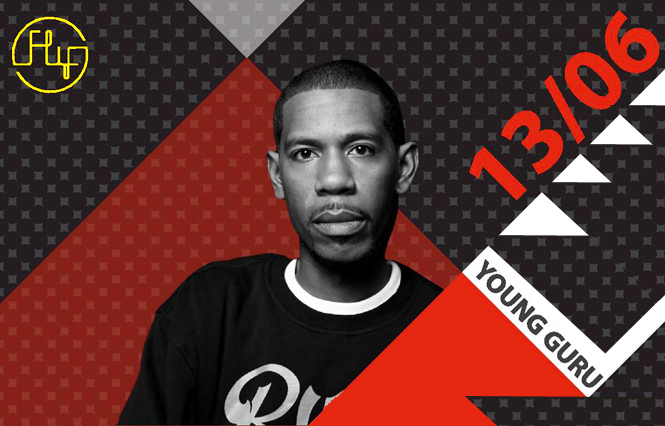 Beyond collaborating with Jay Z and other top performers, Young Guru is an innovative thinker, sought after for his music skills as well as for his thoughts on technology and the future.

During his last visit to Hong Kong, Young Guru wowed a captive audience at a discussion hosted by Ogilvy & Mather. Starting off discussing his own background as an audio engineer, the talk veered to the current state of the music industry, before turning into an insightful speech on the future.

A busy night, after the discussion, Young Guru DJed a store opening, followed by a session at FLY.

On Friday, Young Guru will be back in Hong Kong and you have a second chance to catch him. As a DJ, his sets have depth, and you can expect a huge range of music – from obscure songs that provide the hooks to well-known hits, to Dancehall classics, as well as his own projects which are a virtual who’s who of modern music.

The Young Guru event ended up being postponed. We will update you when a new date is set!