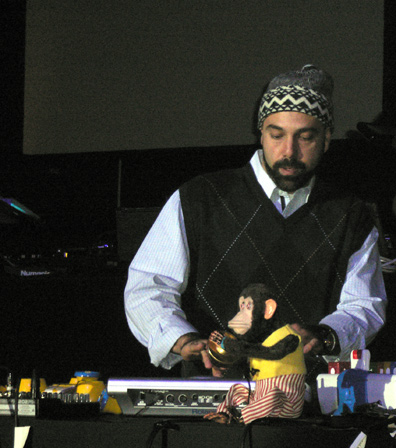 Don’t miss DJ Nu-Mark! He’s the perfect storm: incredibly creative, impeccable taste in music, and a master showman. Nu-Mark’s last appearance in H.K., back in 2007, captivated the audience and left them completely dazzled.

Don’t take our word for it. Have a look at the video below for a glimpse into the type of sets he performs. (The 2007 show in H.K. featured his legendary toys!) 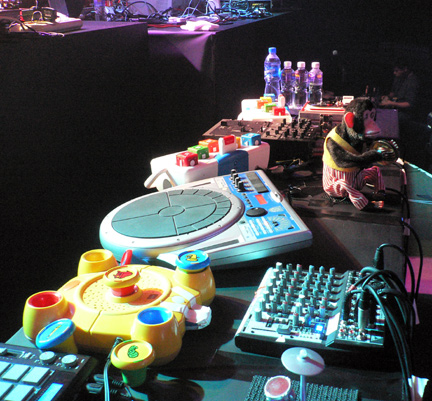 Fast forward to today and you can bet that DJ Nu-Mark has a whole new set of tricks up his sleeve. This is a guy that doesn’t sit still.

Many of today’s big West Coast beatmakers were directly influenced by Nu-Mark’s approach. In fact, their live performances now are digital remakes of his analog techniques.

Exceptionally innovative, you can expect not just a DJ set, but an experience. 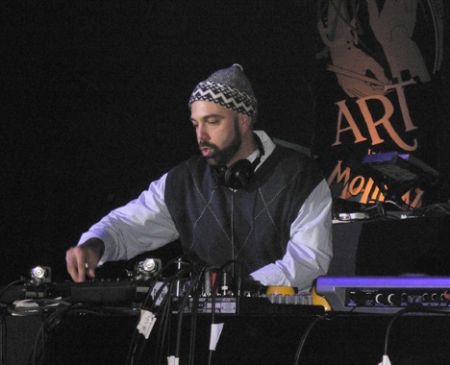 As if that weren’t enough, Nu-Mark’s event is part of a series featuring members of the Jurassic 5, a much beloved West Coast Hip Hop group of the late 90’s.

Jurassic 5 front man, and gifted M.C., Chali 2na will be performing at FLY, the following weekend on Saturday, September 13th.

The Jurassic 5 were known for their distinct voices, throwback trade-offs, and funky, upbeat instrumentals that gave their music a retro Hip Hop feel.

Hong Kong rarely sees first-rate Hip Hop M.C.s, so this is a must-catch as well.

Best of all, fans attending both events receive a discount, so hold onto your ticket stubs!

Nu-Mark's last appearance in H.K., back in 2007, captivated the audience and left them completely dazzled." />