The nightlife venue, which was opened in 2012, succeeds in presenting both an impressive line-up of cutting edge DJs from around the world, as well as showcasing and nurturing local talents.

Cakeshop has spawned multiple parties and become a catalyst for Seoul’s underground music scene. Each month different crews throw parties in the space, helping to widen its reputation. One of the standouts is the Deadend Movement (aka DDND MVMT) that includes a combination of DJs, MCs, designers, promoters and photographers. Other crews that are regular collaborators include DJ Soulscape’s 360 Sounds, and the Cohort Crew, of which rapper Keith Ape is a member.

Cakeshop exists at a very interesting time and place. At the club you can find underground music fans rubbing elbows with the people who are shaping the direction of international Pop, such as G Dragon (in the video below) from the supergroup, Big Bang.

The line between Pop and underground music is increasingly blurry

Artists from Korea including G Dragon, and his label mate CL from 2NE1, have been quick to recognize and embrace underground producers. Diplo, for example, has been working with South Korean artists for years.

Isolated for several decades, South Korea has recently become a major participant in the global Pop scene, often reinterpreting trends from abroad and then sending them back with their own stylistic twist. (Think PSY “Gangnam Style” or Keith Ape’s “It G Ma”)

Over the last decade, technology and the power of the Internet have made cultural exchanges more frequent, and also made it possible to spread something from the other side of the world to like-minded individuals internationally. Korean music is no longer isolated, but discoverable and able to participate in the zeitgeist. 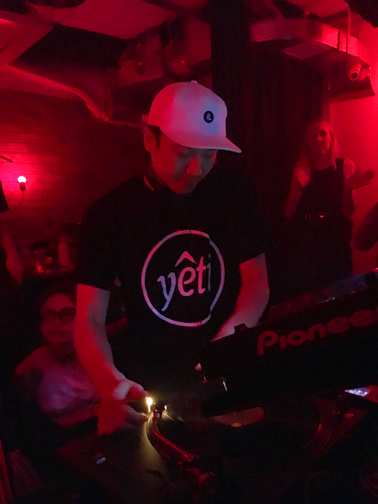 Things came full-circle at last week’s Cakeshop pop-up when headliner DJ Soulscape took over the turntables. A pillar of the Seoul DJ scene for decades, he’s a veteran producer who’s been a devoted music head since the 80’s.

The pop-up, which took place during the height of Art Basel, was a collaboration with the Hong Kong / Shanghai Yeti Out crew. The party was located at Social Room, a low-key music venue located near the escalator. Word about the event brought out a large turnout and the dance floor was packed as people moved to the beats.

Yeti founders (and brothers,) Arthur and Tom started out the night, followed by DJ Soulscape, and KINGMCK from Seoul.

The Cakeshop vibe is a posse atmosphere in the DJ booth, with a throng of people partying to the songs and providing energy. That exact scenario was perfectly replicated in Hong Kong, with some of the city’s best DJs bouncing along.

Though located on the third floor, the event certainly had an underground basement feel, aided by the low-ceiling, and a few red lights. 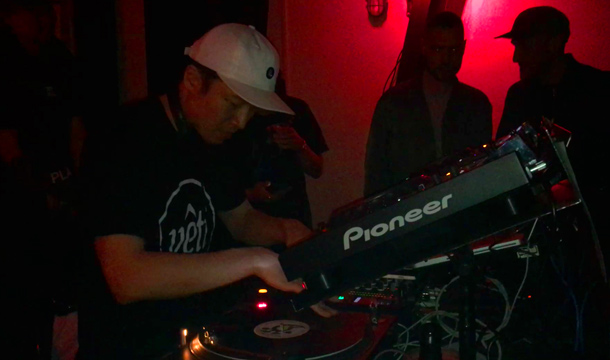 DJ Soulscape wowed the DJs in attendance by throwing down an all-vinyl set. He didn’t just mix a wide assortment of beats, he also kept things moving utilizing a quick cut style, which is uncommon because it means having to lug a large amount of vinyl around. In addition to rare groove selections, he also played brand new cuts which you don’t often expect to hear on vinyl.

He was followed by KINGMCK of the DDND MVMT who took over on the CDJs and brought heavy new underground beats, as well as Hip Hop. The duo effortlessly leapt from genre to genre keeping the dance floor moving. The party atmosphere was enhanced by MC Make-1, a member of 360 Sounds, who kept things going on the mic. It was an impressive night, and demonstrated why Cakeshop has earned a world-class reputation.

For a view of the action at the original Cakeshop, have a look at these videos! 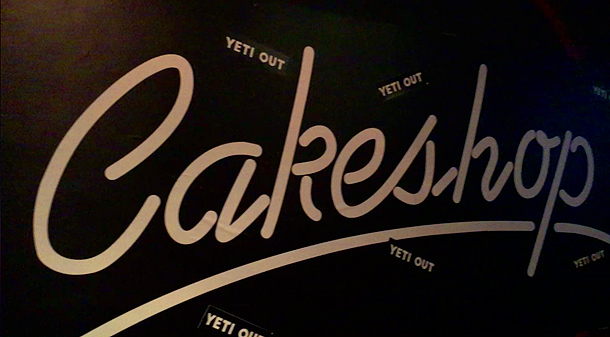