Now in its seventh year, True Skool’s “Reggae Pon di Roof” series has evolved into something more like an outdoor music festival rather than a simple night time party. The eight-hour event begins at 4pm on Saturday, April 23rd, and runs until midnight.

Featuring four DJs that cover the full spectrum of Reggae music, from roots and ska to dancehall and future flavors, you can expect to hear both well-known classics as well as ultra-rare dubplates.

The location, on the roof top of Star Ferry pier 7 in Central, offers an inspiring view of the city’s skyline. The large space, which is ordinarily a cafe and bar, was renovated last year and is now even bigger than before.

True Skool parties have always been a place where you can meet new people as well as get down on the dance floor. (In this case, the dance floor comes with a spectacular outdoor view!) The roof top is also smoker-friendly, which is what one would expect at a Reggae event. 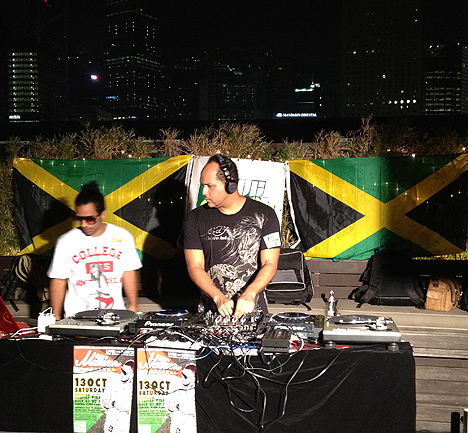 Behind the decks for this edition are DJs Enso, Mafio, Youth Samoan and CEET. A pop-up by a Caribbean food vendor adds to the festivities with popular Jamaican dishes like jerk chicken, rice and beans, and goat curry.

Priced at $150 HKD, which includes one drink, the party is also one of the best deals for a day of music. The fun, relaxed environment makes it an ideal place to spend an afternoon, or start a long Saturday of partying. As usual with True Skool events, you can expect a diverse, international crowd filled with friendly music lovers.

Check out the scene when Million Stylez performed live on the roof at True Skool’s third anniversary party back in 2012!

From 4pm til midnight
$150HKD includes one drink

True Skool's "Reggae Pon di Roof" series has evolved into something more like an outdoor music festival rather than a simple night time party. The eight-hour event begins at 4pm on Saturday, April 23rd, and runs until midnight." />