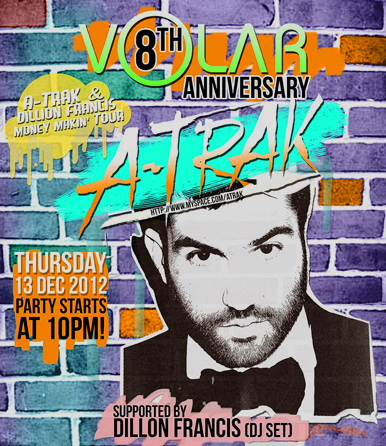 How many clubs have a Cantopop song named after them?

I can still remember descending the stairs into Volar for the very first time. Walking inside felt like entering a new era of clubbing, as the place was completely distinct from all the other nightspots in Lan Kwai Fong.

Although plenty of other choices existed in the area, most of them were multi-use spaces (i.e. restaurants and bars,) whereas Volar felt immediately like a dedicated, full-time dance club.

Shortly after opening, Volar took off quickly and became the top spot in the city for a young, affluent, local crowd. The place was unbelievably packed, and this is back when Hong Kong clubs were much more exclusive!

There’s also heritage to the space, as it was the former site of the first nightclub in Lan Kwai Fong, named Disco Disco, aka D.D.’s. You can learn more about that legendary hotspot on Andrew Bull’s excellent tribute page on Facebook.

The layout of Volar is very different now from when it first opened. The DJ booth in the “lounge side” (as it was originally known,) was near the doorway as you walked in, and it was circular!

At the very back was another large circular room that had people flowing in from both sides. There was always a traffic jam inside as people attempted to go from one part of the club to the other, but somehow I miss that room!

Volar was immortalized in the Justin Lo song of the same name. You can see the old DJ booth in the music video.

A-Trak rose out of the DMC DJ battle circuit and has gone on to become a talented producer and record label founder. Hong Kong Hustle gave him a detailed write up the last time he played at Volar in 2009.

Always one to embrace new forms of music, A-TRAK has stayed relevant as a DJ by constantly adapting and keeping his mind and ears open. In this age of over-night “superstar” DJs, he’s got both creativity and solid technical skills. Expect a distinct and exciting set.

For a quick listen to the new music of A-TRAK and Dillon Francis, check out the following videos: