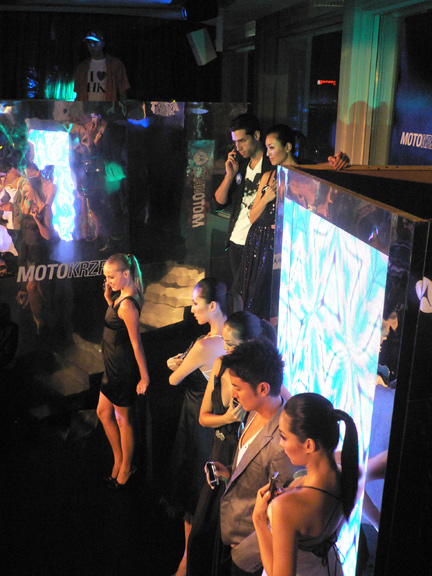 Last Tuesday I attended a Motorola event for the launch of their new mobile phone – the MOTOKRZR. The venue was Cuisine Cuisine, a large restaurant sometimes used for fashion shows in IFC2. Other brands such as Moussy and Shanghai Tang have used the same space in the past. It’s divided into two sections, and is quite large. 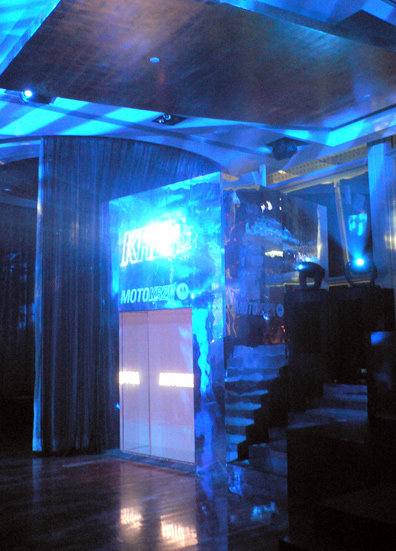 Walking into Cuisine Cuisine, the production team had done a good job transforming the dining room into a sleek club for the night. There were mirrored walls and blue lights echoing the design and colors of the new phone. Looking around for the d.j. booth I discovered that there were two – each built into identical towers nearly reaching the ceiling. One tower per d.j.! 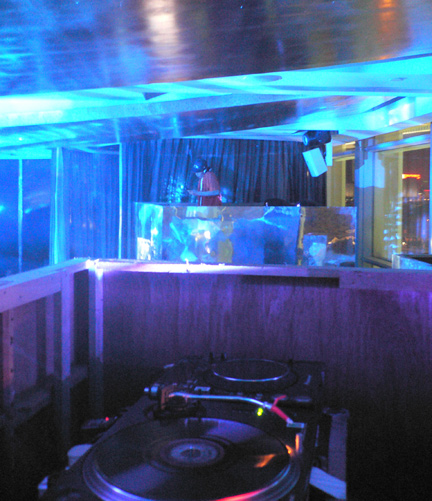 Why would a phone company invest so much in launching a new phone? Hong Kong has the highest mobile phone penetration rate in Asia – with 95% of the population between 15 to 59 owning a phone. In order to make a splash, and grab immediate market share, they are looking to differentiate themselves with a celebrity-studded, launch party.

The event kicked off at nine. At ten there was a short fashion show with models pretending to use the phone (see top photo.) By the time the fashion show began, the place was packed to capacity, and you couldn’t even walk through the space. 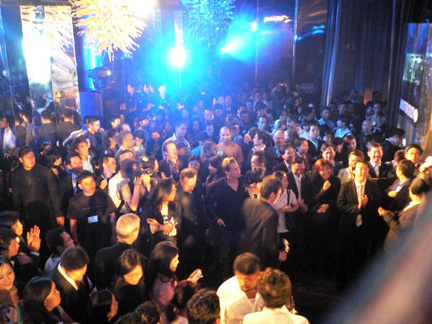 The d.j.s moved the music along from genre to genre throughout the night. With the crowd slightly older than normal, they played a long 80’s and Rock set, that went over well and kept the place packed til nearly the end at 1am.