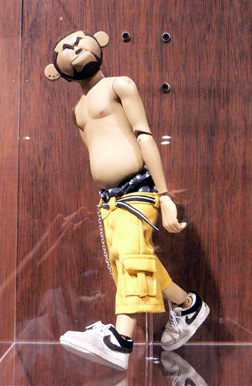 The last few weeks have been packed with events. Nike had the opening of their flagship store in H.K.’s Central district last Friday night. The event included a large exhibition featuring 106 figures in toy designer Michael Lau’s Gardener collection. 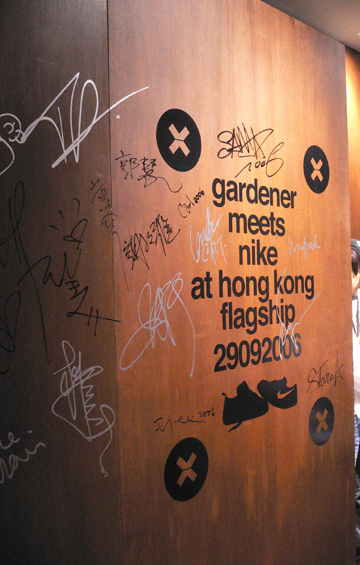 The array occupied an entire wall of the shop. For fans of Michael Lau, this is an incredible monument of his work. For those unfamiliar with his work, Michael Lau is the pioneer of Hong Kong’s figure making industry. His figures have excellent detail, and are full of attitude and personality. They are also a popular investment – due to their limited edition, their prices climb immediately after purchase. All of the characters were wearing Nike shoes, and in many cases, apparel.

Click to see a bigger version of the wall below: 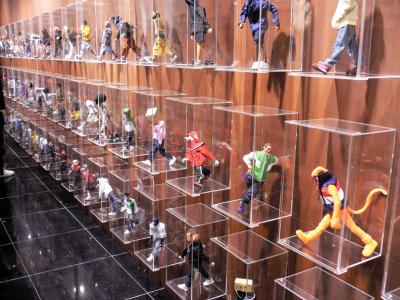 V.I.P. guests each received a unique, limited edition Michael Lau figure attached to a fat shoe lace, as soon as they walked in. The idea was for people to wear different figures as a necklace. It was cool, different and fun. 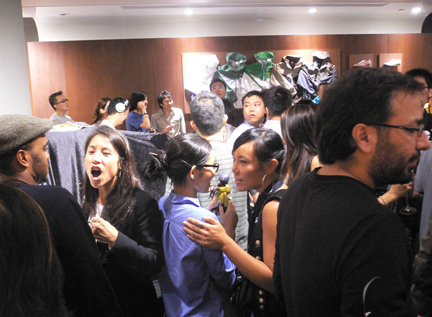 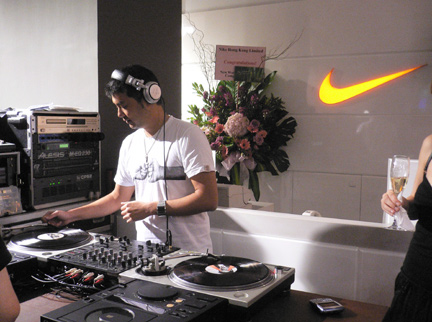 The crowd was a mixture of local celebrities, figure industry people, Nike employees, and a few of the more creative party people. I took the opportunity to photograph two of my busiest friends – Min and Jimmy. 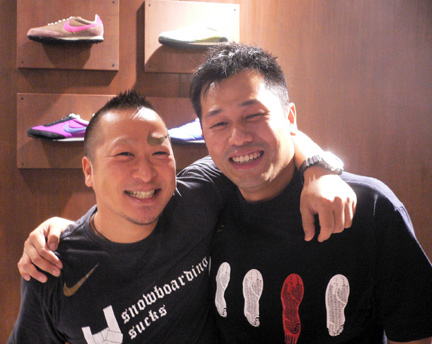 At 1:06 am, Nike was releasing a new limited edition shoe, available to only the first 106 people on line. My friend told me that people were waiting in line for 5 days! The next day another friend saw a pair of the shoes on eBay for more than double the initial price. 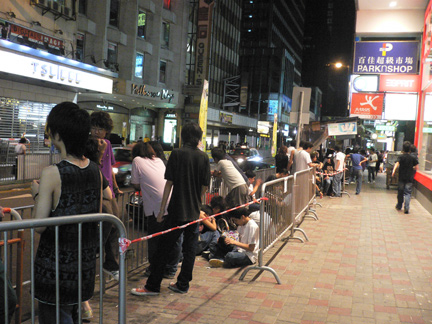 Here are a few close-ups of the figures: 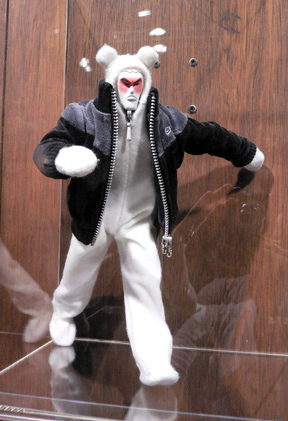 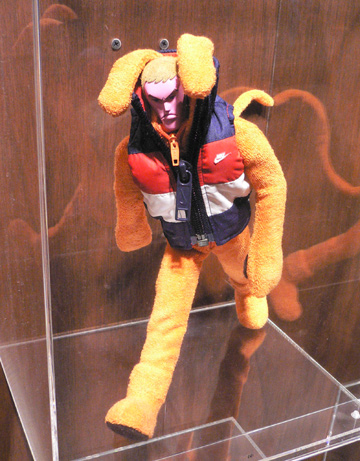 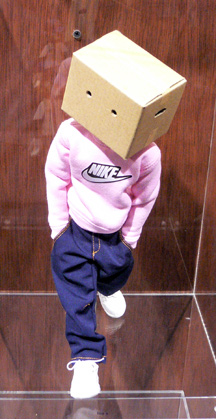 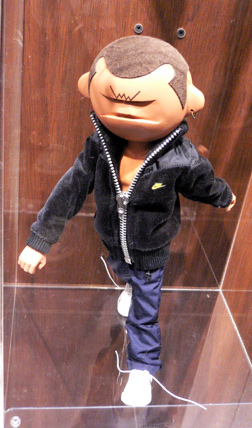 Last, but not least, the Nike waffles were a hit! 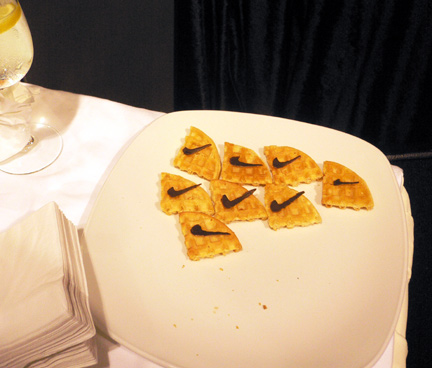