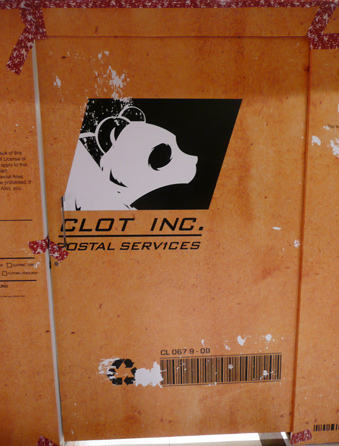 Hong Kong’s CLOT crew often take a creative approach to generating buzz for their high-end street wear. Over the years they have proven masterful at fermenting interest in their brand by playing with the perceived value of limited edition items.

The Juice Secret Box Store, which launched last week and will close after February 4th, is the latest incarnation of this formula.

Stopping by on a recent afternoon, the fully enclosed shop is located in a small, cordoned-off area of LCX in Causeway Bay. At the time of my visit there was a line of people waiting to get in.

[photopress:Clot_Hong_Kong_Juice_HK.jpg,full,pp_image]
A method of standing out and driving traffic
The project is a smart move for LCX, which still hasn’t defined itself as a destination in shop-saturated Causeway Bay.

Feeling lucky?
If a pop-up shop packed with exclusive merchandise still isn’t enough, there’s also a smart little Hong Kong twist to the equation that adds extra excitement. It arrives in the form of the Secret Box lucky draw.

The lucky draw is a Hong Kong favorite and a staple attraction that can be found at nearly every type of function in the city. (Hong Kong loves a good old-fashioned something-for-nothing give-away.)

In a traditional lucky draw, when consumers purchase something, they qualify for a chance to win a prize. (Lucky draws by the way, are also an excellent way of grabbing contact information from consumers.) After a certain time period, a winner is chosen randomly and a prize is handed out. However, this special Secret Box Lucky Draw allows shoppers to purchase the box blindly, and gives them the opportunity to receive surprise items inside.

A giant secret box?
The store itself has an air of mystery. The four walls around it are covered floor-to-ceiling in a graphic that makes it resemble a giant cardboard box. Shoppers are let in, only a handful at a time, and exit from the opposite side of the structure.