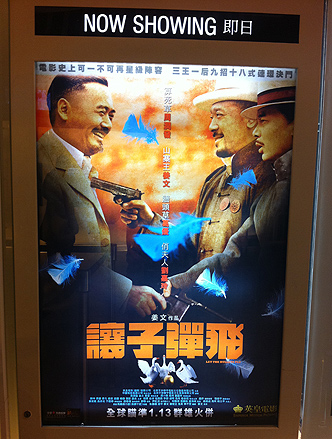 Though an exceptionally versatile actor, his genre-defining, charismatic performances of the late 80’s to early 90’s have left fans longing for him to return to similar roles – even after 20 years!

When the kung fu film craze died down in Hong Kong in the mid-eighties, it was replaced by more contemporary feats of chivalry, often featuring charismatic gunplay. The icon of this new genre of ‘heroic bloodshed’ (or ‘bullet ballet,’) as it has been called, was actor Chow Yun Fat.

Immortalized in films such as John Woo’s “The Killer,” and others by directors Ringo Lam and Tsui Hark, the actor left a massive impression on film-goers that endures to this day.

Regional and international audiences embraced Chow Yun Fat particularly for his action roles, which paved the way for a career in Hollywood films.

Though he is inarguably a multi-talented actor, and one who doesn’t deserve to be typecast, Chow Yun Fat’s action fans just won’t let him walk away. News of every new project he takes on is secretly greeted with the optimistic hope that he will once again reprise one of his legendary roles. (And for over fifteen years, he hasn’t!)

For a quick analogy, it’s as if they stopped making James Bond movies after the first few, and you were stuck watching Sean Connery and Roger Moore in less captivating, non genre-defining roles.

Let The Bullets Fly, Chow Yun Fat’s most recent film, is neither a Western, nor an action movie, but more of a veiled social-commentary, with elements of farce and comedy gluing it together.

Though Chow Yun Fat looms large, he seems like a co-star in the film, behind Mainland actor Jiang Wen, who is also the film’s director.

Let the Bullets Fly boils down to a fast-paced duel of wits and words between the two main characters, a notorious bandit impersonating a governor (Jiang Wen,) and the local gangster who actually runs the town (Chow Yun Fat.)

The performances are all on point, and Jiang Wen truly shines in his role, however, foreign audiences won’t get the thick, multi-layered wordplay, and what remains is solid, but not a dazzling film. Two additional weak points include the opening sequence (with its improbable outcome,) and an odd, somewhat lonely quality at the end.

Chow Yun Fat action fans, this one isn’t what you’ve been waiting for. Until then: