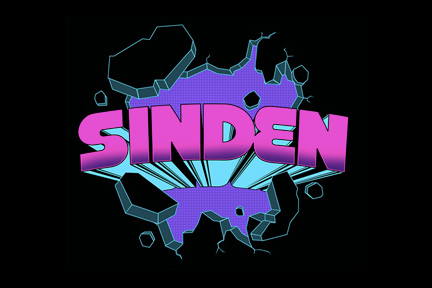 I’m still amazed at the level of talent that comes to Hong Kong these days. For so many years we had no interesting names passing through, and now we have attractive nightlife options every month, if not every week.

D.j., producer, and remixer Sinden falls into this category. A well known name to fans of dance music, his songs are the kind of thumping catchy beats that d.j.s drop at prime time. Though a relatively new talent, he’s put out a large number of quality songs.

Sinden is one half of the production duo The Count and Sinden (yes, his partner actually looks like The Count from Sesame Street!) In addition to making their own music, the two have tackled multiple remix projects including Kid Sister’s “Beeper” below.

It turns out my old friend Joey Garfield directed the video for “Beeper” in addition to this amazing, must-watch video for RJD2:

Fans of electronic dance music have had it good the last two years. Sinden’s appearance is yet another chance to catch a major talent that’s shaping the sound of contemporary club music.

I’ll leave you with The Count and Sinden’s latest video for their song “Mega.” (It seems like a cross between Transformers, Tetris and the old-school game Simon!)