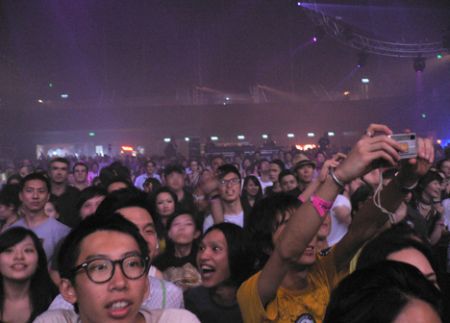 I recently asked myself this question after attending two parties where the crowds congregated in the VIP sections rather than catch the major acts who were performing on stage. Is the draw of perceived status more enticing than hearing current international acts? Do people in Hong Kong care about music?

When I refer to “good music” I’m talking more specifically about the cutting edge of what’s happening in the greater outside world, the Zeitgeist of contemporary music.

Picture a movement where new sounds make their way across the world via a network of sophisticated venues. Hong Kong has recently joined this circuit, gaining access to new flavors of music before they become popularized much later on.

Out of the several major clubs, Volar has established itself as the premier spot in town for new-name international d.j.s. who help spread this music. Recently the Volar gang hosted the Ed Banger Far East Duty Free Tour featuring seven artists from the trendy record label. 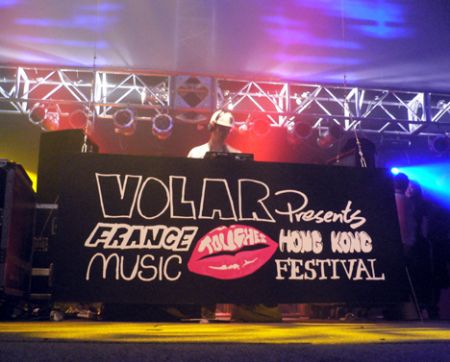 The Ed Banger label, based in France, is currently in vogue in international music circles. Their biggest act, Justice, has gained the label notoriety beyond the realm of club music through witty videos and a strong creative streak that permeates everything from their music to marketing. Although Justice was not on the bill for the night, the concert featured an impressive range of top notch producer / d.j.s from the label.

The response at the Hong Kong Ed Banger show was a major contrast to the recent parties where crowds exhibited an ambivalence towards the stage. The turnout and enthusiasm was actually beyond what I had expected.

By the time I arrived at HITEC, the party was well underway. There were throngs of party-goers moving to the music. New-school female rapper Uffie was on stage flanked by fans who had climbed up. 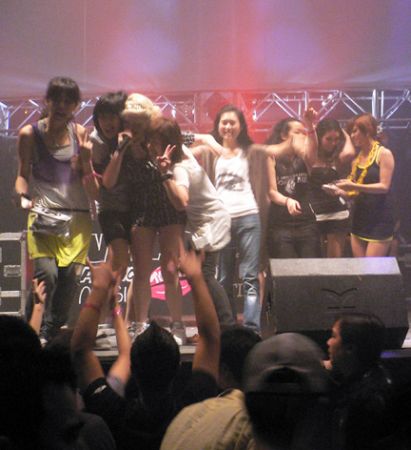 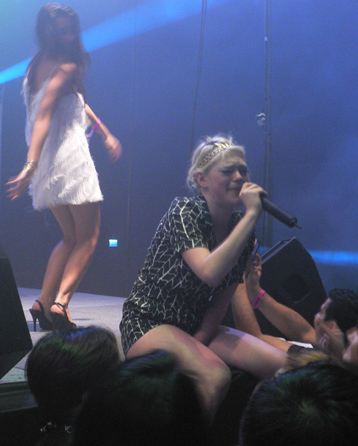 Considering that the Ed Banger artists are popular mostly through club play made the turnout even more remarkable. Outside of a few d.js. on once-a-month slots, Hong Kong has a dearth of this type of music.

This illuminates a major part of the problem.

The lack of appreciation I’ve noticed stems from the limited exposure to forward-sounding music in Hong Kong. One of the traditional sources of exposure to new music – radio – is severely lacking in the city. This is not due to a lack of a market, but instead to an antiquated licensing structure and murky bureaucracy. The majority of radio programs here are talk shows.

Another obstacle is what I call the ‘karaoke mentality’. Instead of going to a club to be introduced to new music, people expect the d.j. to play songs that they already know. This is the exact opposite of a healthy nightlife scene. Part of a d.j.’s job is to introduce new music. If not, then what value do they offer? If being a d.j. is a vocation, then shouldn’t they know more than the average person about music?

Unfortunately, the majority of clubs bow to this negative cycle, leaving the crowds uneducated apart from the most commercial songs. The trend also makes it more difficult for d.j.s who push the envelope since club owners choose to pander to the lowest common denominator.

(Part of the reason that venues like Dragon-i, Volar and Yumla have been able to partially skirt around this issue is due to their music-loving owners.)

Yet all hope is not lost. Countering these factors is the Internet which offers endless music from all corners of the world. It is here that music lovers can tap into what is happening globally. Hong Kong has benefited from its status as an international city in this regard. With a large percentage of the population having connections to friends and relatives overseas, there are more branches extended to what’s happening outside the territory.

As the two traditional methods of exposure remain dysfunctional, individuals must go out of their way to seek out new music. It has fallen on the people to develop their own taste.

Those who rely on what’s presented to them may indeed not be ready to appreciate “good” music.

Despite the negatives, the turnout for the Ed Banger event shows that Hong Kong does have a percentage of the population who cares about the cusp of contemporary music.

Have a look at the highlight video of the Ed Banger France Touches Hong Kong music festival put together by a reader.