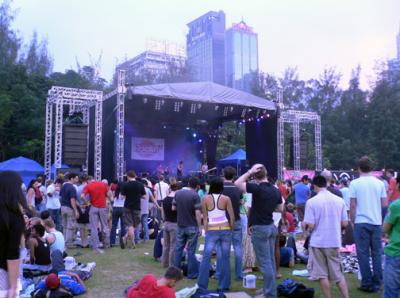 I was back at Rockit for the third year in a row. Rockit is a music festival that takes place in the center of Hong Kong Island, in Victoria Park in Causeway Bay. This year it was a two day event held on Saturday and Sunday. Usually it’s a mixture of international acts and local talent. The talent ranges from Japanese punk bands to Brasilian Drum N Bass D.J.s. It’s been a fun event since the first one, and I try to support it every year. This year I bought a special ticket that allowed me open bar – which was dangerous… however, I didn’t drink on Saturday since I had to d.j. at Volar later that night.

I got to the park around 3 to check out the new band Soler perform. Soler is a band formed by two twin brothers, Dino and Julio. I met them at another singer’s birthday party at my friend’s lounge around 8 months ago. I’ve heard them perform a few times and they are definitely talented musicians. Unlike other local acts, they are not a manufactured Pop group, and can really sing and play instruments. 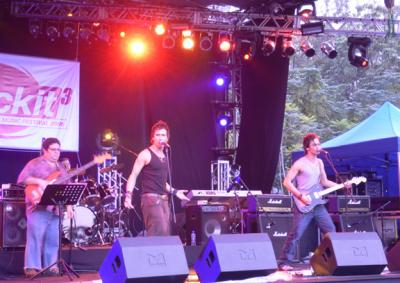 The weather was perfect for an outdoor concert and I had fun walking around the park, bumping into different friends and checking out the music. 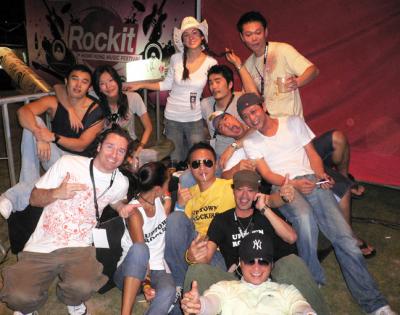 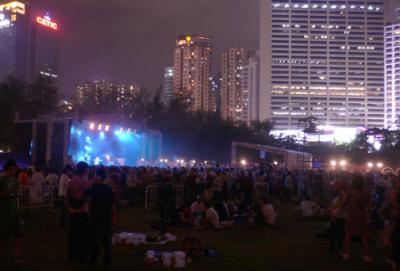 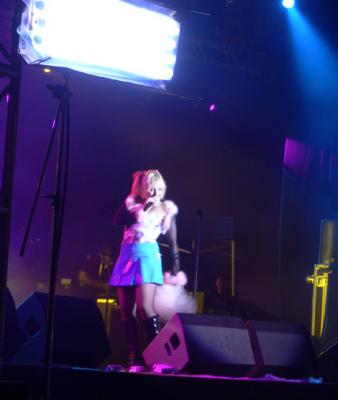 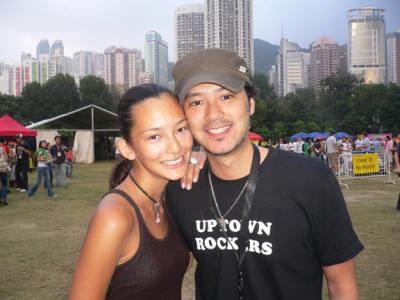 The two highlights of the two day event were Uptown Rockers, and D.J. Marky. My friends Drafus, Simon and Sean were performing this year as the d.j. trio – Uptown Rockers. They usually d.j at the small music club Yumla in Soho. For their Rockit performance they had to condense their usual 5 hour set into a 30 mintue slot! They had the crowd really rocking. I have some video, and if I can figure out how to integrate it, I’ll post it here. 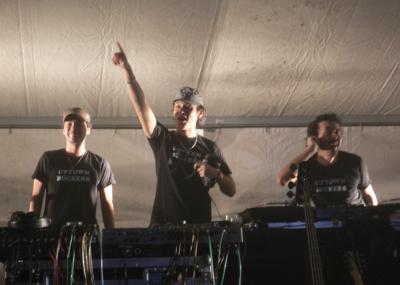 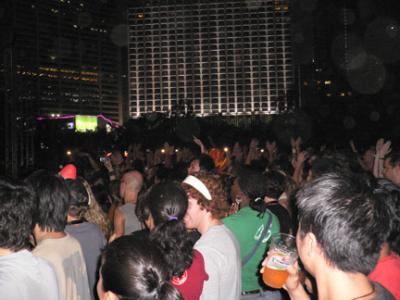 D.J. Marky has performed every year at Rockit. He’s got tons of energy when he d.j.s and it’s fun to watch him bounce around behind the decks. He scratches over the drum n bass music and plays with excellent song selection. He also has an M.C. – Stamina M.C. who gets the crowd even more amped by his rapping over the fast beats. The whole crowd jumps around in a frenzy and this year was no different. 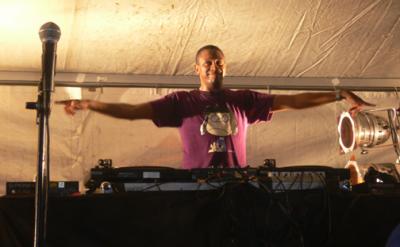