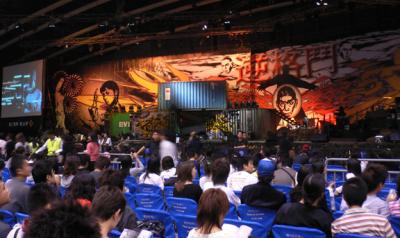 Was out the other night and I ran into Pav with a couple of foreigners. I started talking to them and one of them turned out to be the human beatbox Killa Kela. He told me he was performing at a Hip Hop concert the following Monday. This was news to me, since I hadn’t heard anything about it, or seen any promotion. It turns out that Edison was doing a big concert, and he brought Killa Kela, as well as the dancers the Clowns from the film RIZE to perform.

I’ve wanted to check out Edison’s music for a while, since I missed his last concert. I’ve seen a music video or two, but I still don’t have a feel for what type of sound he has.

I like what he’s doing as far as elevating the scene here in Hong Kong. He’s been leveraging his pop star status to get sponsors to put on interesting events. Edison along with Kevin and Pavlos have a company called CLOT. They’ve opened up JUICE, a shop in Causeway Bay to distribute new Japanese streetwear brands and accessories like Bearbricks etc. They’ve put on several exhibitions and brought over contemporary street artists. They seem committed to exposing people to new sounds and culture – and I appreciate that.

The night of the concert I met up with Min who gave me a backstage pass and a ticket. I wandered around checking out the venue. It was at the Wanchai convention center (that was built for the 1997 Handover ceremony) and the concert hall was huge! When I walked in the first thing I admired were the backdrops that I was told had been done by Phase 2, the legendary New York graffiti artist. I have to give props to the CLOT crew for getting him involved. The backdrops had interesting iconography including an image of Angela Mao from an old H.K. film. 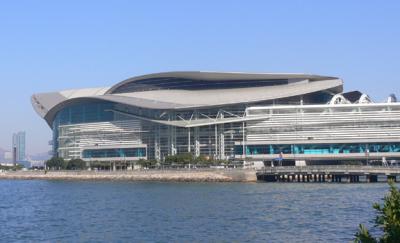 There was a military theme to the concert, and the performers all had nicknames. It started off with Anthony Wong Chau Sang (the H.K. actor and sometime music performer,) giving a speech as “The General”. I guess the main point was that the entertainment industry here is screwed up, and they’re going to war against it.

The highlight of the concert for me was Maria Cordero’s performance of a new version of one of her old songs (she was a popular singer in the 80’s). I believe the song was “Sai Hei,” which I think is from the H.K. film, City On Fire starring Chow Yun Fat. Maria Cordero is sort of like the Aretha Franklin or Tina Turner of Hong Kong. She had a huge stage presence and totally commanded the audience as she performed. Her voice was clear and just boomed. It’s hard for modern singers to follow up after a strong vocalist like that. Most new acts just don’t have the vocal power of someone who is seasoned from working in clubs for a few decades. The one person who performed who does have a strong voice – Hanjin chose two slow songs to perform that showed off his vocal eloquence, but did not fit the bill or the audience. With a different song selection he could have rocked it.

Edison and M.C. Yan both performed well, but they were held back by the beats. The songs were over-produced, and didn’t allow their voices to stand out. The instrumentals were just not catchy enough. You don’t need much to rock a concert, a basic beat and some sort of hook will do. It’s all about how you use your voice, and what type of rhythm you can get going.

Which brings us to Killa Kela, who was the audience favorite. He makes incredible noises and beats with his mouth – no instruments or anything. The crowd was awed and captivated by his performance. I was into it, but was actually expecting a little more from him.

Overall the concert was impressive – it also featured the singer Steph, the krumping Clowns dancing and a good turntablist set from D.J. Tommy. 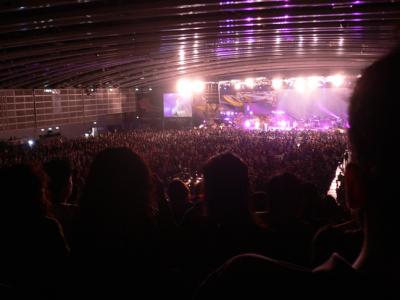