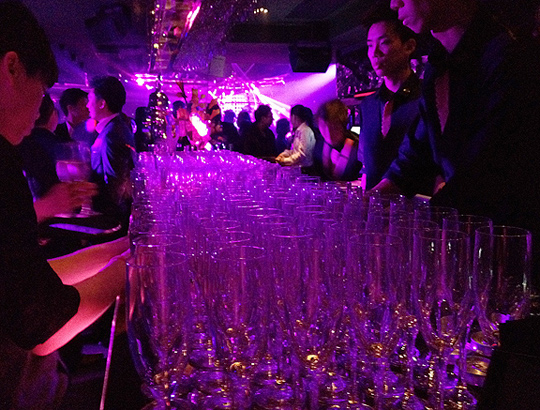 Hong Kong’s newest club opened with a splashy launch on December 20th, featuring not just the usual flowers and celebrities, but also a street lined with Ferraris!

Gala’s, opened by a well-known nightlife veteran, is a medium-sized club that has a booming sound system and a few special touches.

Located on Lyndhurst Terrace, the club is a short distance from Hong Kong’s nightlife epicenter, Lan Kwai Fong. To get to Gala’s entrance, you walk up a short flight of stairs just off the main street.

Walking inside, the space is furnished with a large number of tables and an elevated DJ booth with a modern lighting system. Gala’s also has a small raised stage, perfect for dancers, or an M.C. to hype up the crowd. 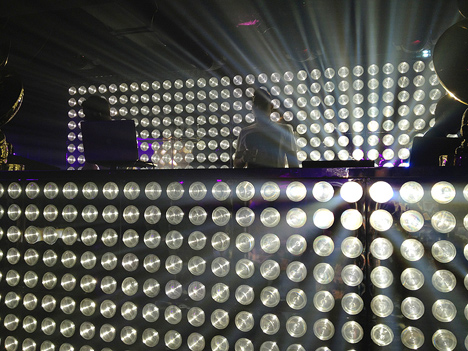 One important innovation found at Gala’s are tables that include a built-in sunken space to hold bottles. This is a smart addition that seemed to be working well on the opening night. 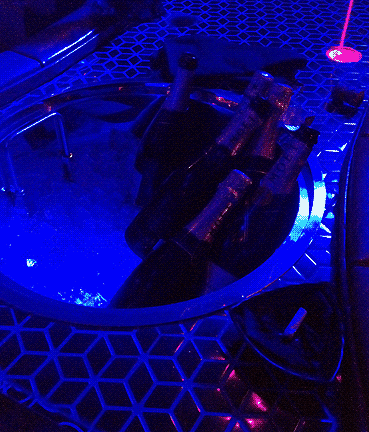 Towards the back of the dance floor, there’s a cage! 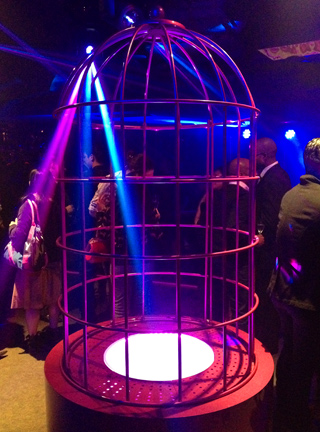 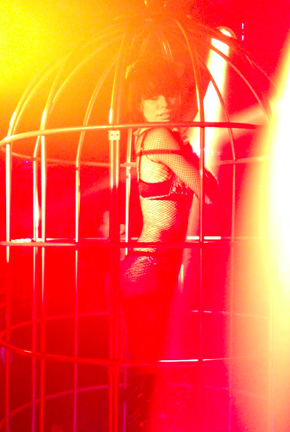 Other distinct features include a video screen housed in a huge set of lips. 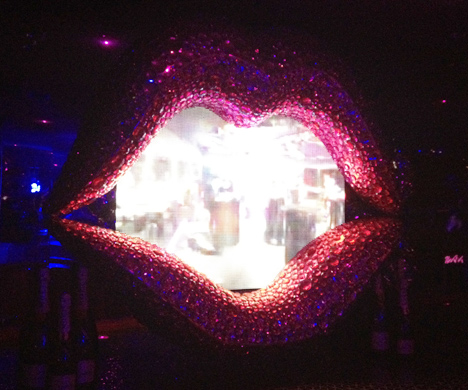 Gala’s is definitely table-service oriented, however, there’s a large dance floor that takes up nearly a third of the space, making it comfortable to dance and check out DJs. 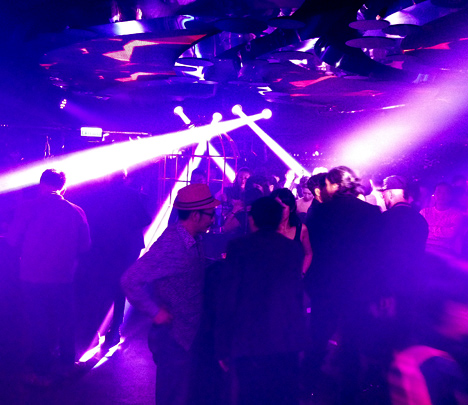 The club has already demonstrated its intention to feature foreign DJs. The opening night included a special DJ set by Jermaine Dupri, an accomplished American producer and the man behind a number of Pop hits. 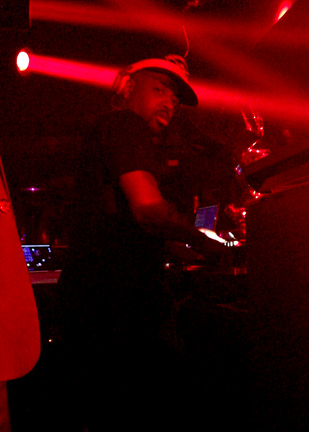 Jermaine Dupri on the wheels!

In fact, during their opening week they hosted three DJs: Jermaine Dupri, Andy Moor, and DJ Bento – who all play different varieties of dance music.

The superior sound system at Gala’s is an improvement over most in Lan Kwai Fong and sets the club apart. 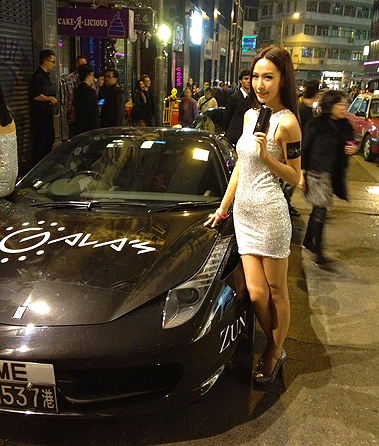 Gala’s
Car Po Commercial Building
18-20 Lyndhurst Terrace (walk up the stairs to get to the entrance.)
Central, Hong Kong 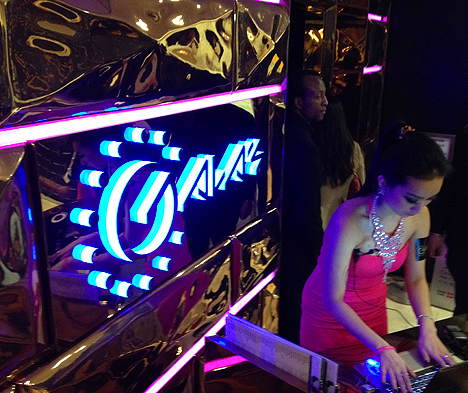