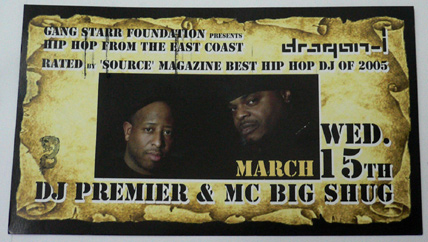 True Hip Hop fans wishes have come true because this Wednesday, D.J. Premier of Gangstarr fame will be playing at Dragon-i. Wednesday night at Dragon-i is already one of the busiest and best parties in town. Occasionally big name d.j.s also make their appearance on Wednesdays, such as when D.J. Cash Money played, but D.J. Premier is on a totally different level. Premier is one of the top Hip Hop producers ever. His music has given birth to literally dozens of top songs. I’m hoping that he doesn’t dilute his music for his Hong Kong performance.

It seems that many more top d.j.s and music acts have been hitting Hong Kong recently. Over the last month we’ve had Ultra Nate and Joe Caussell performing at Dragon-i, James Lavelle at Tribeca, and Franz Ferdinand played a concert here. The quality of life is going up! 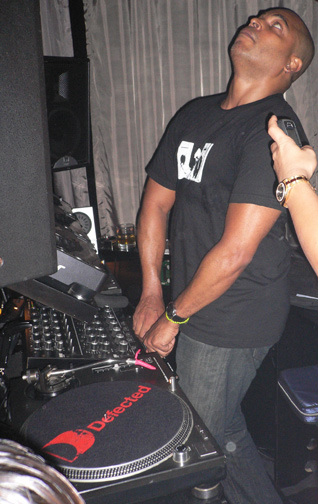