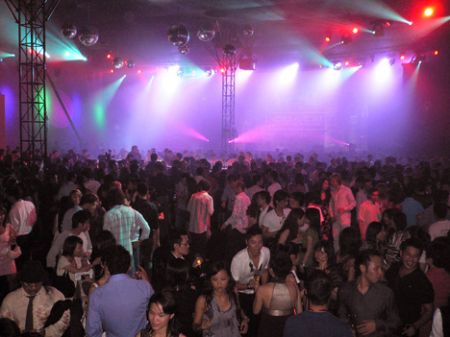 (Please note: due to an overabundance of events last month, I’m still catching up on parties that took place a while back. Better late than never?)

American leather brand Coach held a splashy event for their flagship store that opened at the end of May. Guests were shuttled from the prominent new shop situated at the most high-traffic crossing point in Central, to the venue, a gigantic structure assembled in West Kowloon.

Though Louis Vuitton pioneered the mega-event in Hong Kong, other brands are beginning to flex their muscles on a similar scale.

For the night, the entire massive building was draped in the signature monogrammed Coach C’s. From the outside it was an impressive sight! 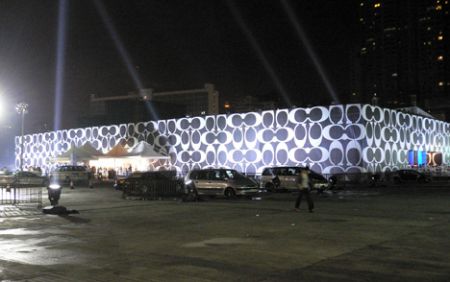 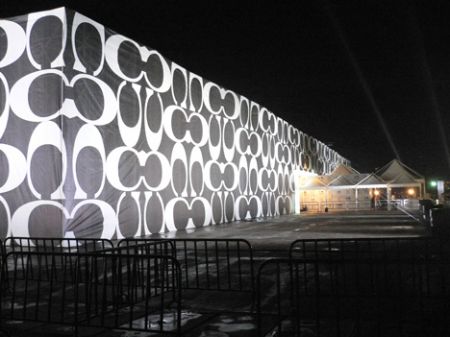 Walking through the entrance the guests encountered a cavernous space divided into two main sections. The front half featured a large raised stage on one end and a big rectangular d.j. booth set in the center. The second part, a VIP section, was the largest I’ve ever seen. It sprawled out over two levels with multiple bars plus seating areas. It actually seemed bigger than the main side containing the stage.

After a welcoming set by D.J. Tommy, real life guitar hero John Mayer took to the stage. He was joined by a supporting guitarist. 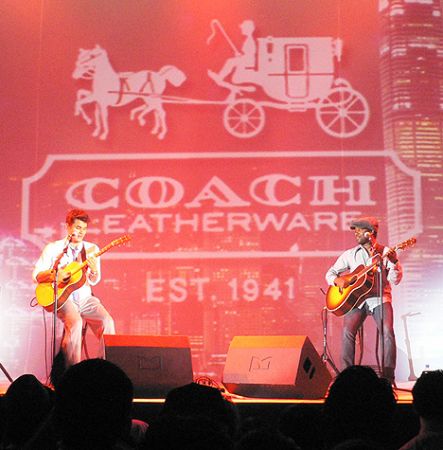 The front section containing the stage was crowded, but with just enough space to give party-goers the ability to move freely. It was absolutely ideal for a concert. 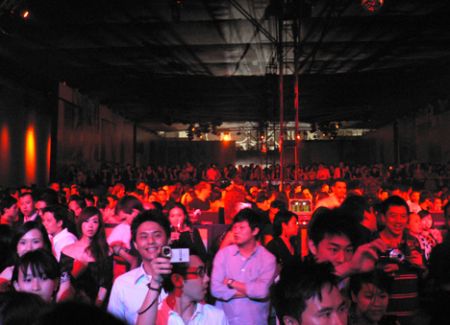 Guests had an amazing opportunity to catch John Mayer up close, a rare experience at any music event, but much more so at a private party with no fee.

Following a set that proved popular with people familiar with his music, the entertainment was handed over to D.J. A.M., an infamous Los Angeles party rocker. Turning up the tempo from Mayer’s acoustic vibe, his set consisted of music scratched and mixed in quick succession. 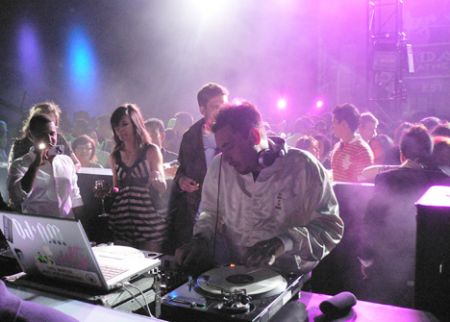 D.J. A.M. blended genres extremely fast, providing a rich journey into decades of music, but keeping an element of surprise about where he was heading next. Again, close proximity to the action gave the party an extra buzz. Party-goers had a chance to get inches away from the d.j. and watch him work, or simply take a quick shot for their Facebook page. The d.j. booth had some extra star power: Stretch Armstrong, Amanda Blank and Pase Rock, who were in town for the Diesel event a few nights earlier, hung out inside. 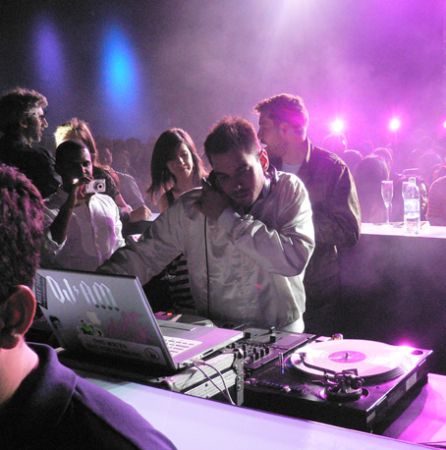 At one point there was also a performance by America’s premier dance crew whose name escapes me. I bumped into several of Hong Kong’s leading dance instructors and choreographers who were there specifically to catch a glimpse of these legends. The dance show was a combination Hip Hop / breakdance show wearing matching outfits. 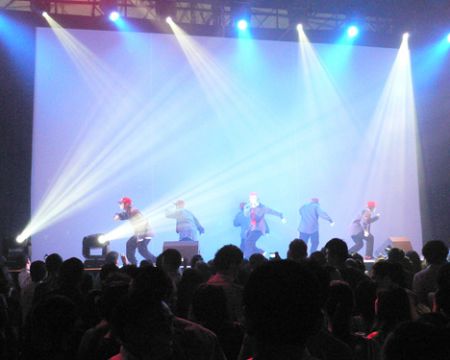 Though they certainly had major skills, I was expecting something out of the ordinary, which didn’t happen.

Meanwhile, up in the slightly raised VIP section, the party was intense. 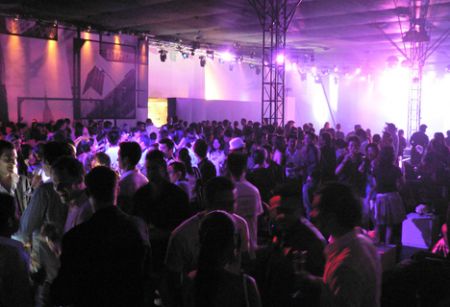 Away from the performances, the A-list guests were jammed into the huge space making it one of the biggest, most high profile events of the year. It was one of those mega-events where you could walk around all night and not bump into all of your friends at the party.

Slowly into the evening as the volume decreased, the party began to dwindle and people made their way into the night. Yet my foray was actually just reaching a mid point. I had one more important stop.