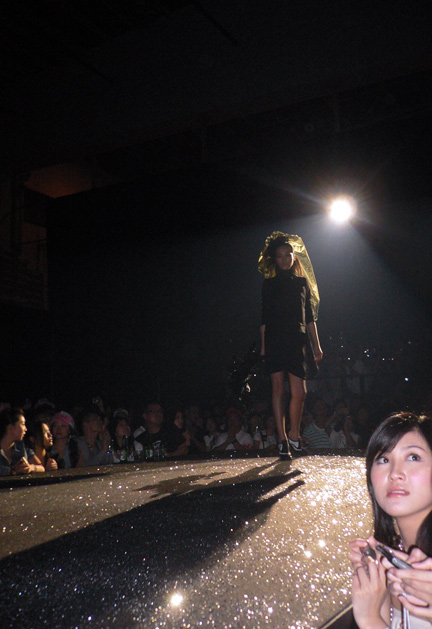 My friend Rocky, part of the D-MOP family, invited me to attend the Y-3 event. Y-3 is the fashion partnership launched between Yohji Yamamoto and Adidas. D-MOP is the key retailer of Y-3 in Hong Kong and Taiwan.

The night of the show I jumped into a taxi and made my way over to Kowloon-side towards the old airport. The taxi driver didn’t know exactly where it was, so we took a few wrong turns before reaching our final destination – a huge warehouse structure in a remote industrial part of Kowloon Bay.

Once I walked through the narrow, maze-like entrance, the space opened up to an enormous room with three-story high ceilings. A large stage had been built to accommodate a long catwalk backed by a deep area consisting of props and a sunken d.j. booth. It was obvious from the second I walked in that this would be a good party! 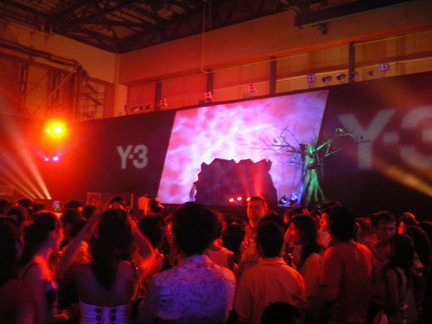 The props had a sort of winter feel, with stark, leaf-less trees and life-sized ravens perched around the stage. It was a little eerie! 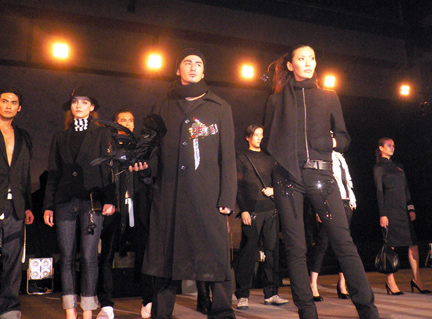 The clothes themselves were stark as well. The almost wedding-like dresses and dark black clothes carried out the theme. Several of my friends were in the show including Japanese models Yuya and Ren. A set of Taiwanese twins were featured as well. (Click on the photos below to see larger versions of two of these images) 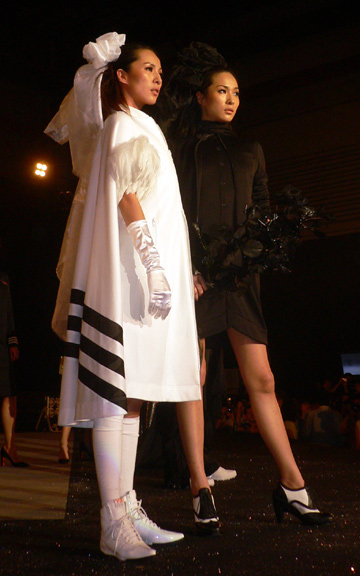 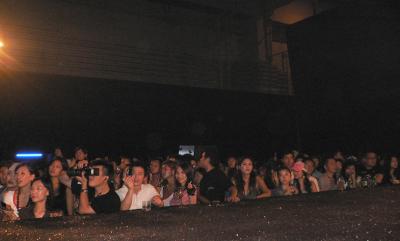 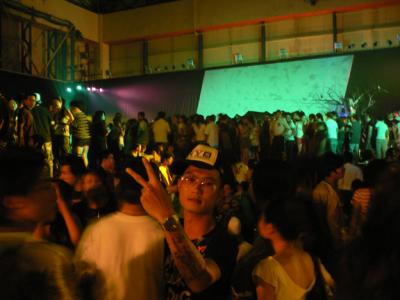 Normally, a large percentage of guests will depart shortly after the show. Not the case with this event! The party afterwards was packed and raging for long after the show ended. Abundant free alcohol and a cool setting contributed. At one point, the entire stage was boarded by party-goers, and the party kicked into full swing. It was one of the better events in recent memory. 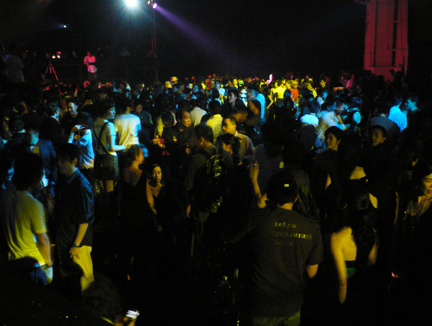