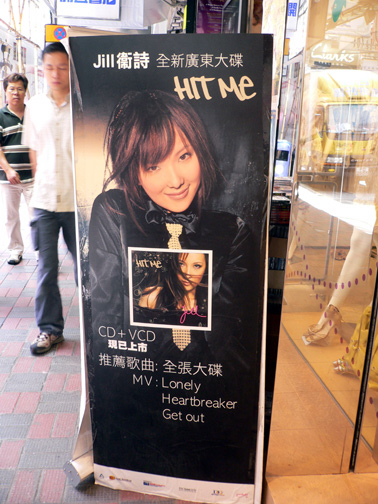 I was cruising around Causeway Bay when I nearly walked into a street promotion for my friend Jill’s debut album ‘Hit Me’. Jill and her twin sister Janice are everywhere in Hong Kong these days. They are featured in a huge McDonald’s campaign, and you can hear their music blasting from trendy shopping centers all over town. Jill’s twin sister Janice established herself as the hottest new singer in Hong Kong last year, and it’s exciting that Jill is now entering the market as well. In contrast to the good-looks-only Pop idols that make up a large portion of the industry, Jill and Janice are both talented, experienced singers.

Janice and Jill aren’t the only twins in the H.K. music industry. Two twin brothers – Dino and Julio, who form a group called Soler, are another pair. These guys also stand out in the market. Although newcomers in Hong Kong, they are both serious musicians who have put in years building their musical skills. I’ve seen them perform live on several occasions, and they put on a great show. 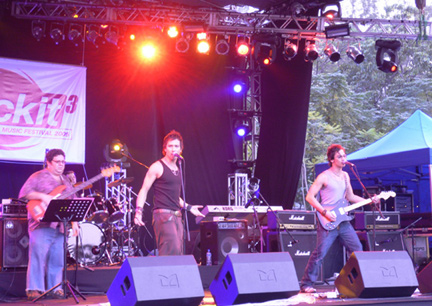 The most famous set of twins in the H.K. music industry aren’t actually twins at all, but that didn’t stop them from going by the group name Twins. Gillian and Charlene, more commonly known as A Gil, and A Sa, were, and still are a phenomenon. In terms of the new economics of the Hong Kong music industry, where product endorsement nets more revenue than music sales, Twins are one of the most successful acts in Hong Kong. Their cute, innocent looks lead to a marketing bonanza, and they appeared in hundreds of ad campaigns.