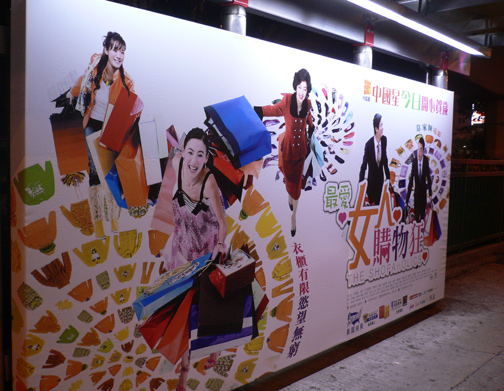 The most major holiday in Hong Kong is Chinese New Year. It falls on a different day each year, and this is when people take their one-week long vacations. To coincide with this important holiday there are always big films released during this time. This year one of the films is The Shopaholics, starring Cecilia Cheung Pak-Chi and Lau Ching Wan. I’m digging the poster. Another film that is being released at this time is Jet Li’s Fearless, which I’m also planning on catching. Fearless looks to be more like a classic Jet Li martial arts film, than a high-brow Crouching Tiger type epic, which is what’s been missing from the cinematic landscape for a long time. Congratulations to my friend Jacky for landing a role in this film!