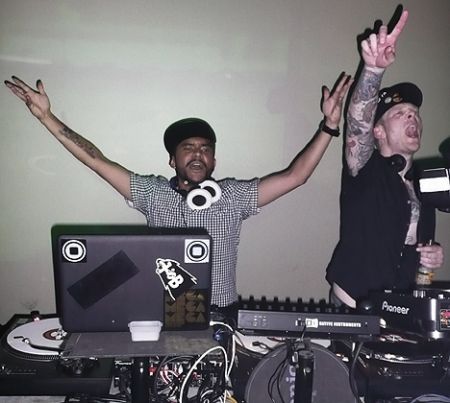 D.J. Craze and D.J. Klever, two world renowned turntablists, hit Volar last Thursday night. Turntablists are sort of like musically gifted hackers. Instead of using a record player (called a turntable,) for what it was intended – to playback music, they use it more like an instrument.

The techniques they practice include scratching and beat juggling. The result is that they create music from music.

In their repertoire there’s even a famous scratch that was named after the Transformers. (It resembles the sound that occurs when they change from cars into robots!) The best turntablists can produce fantastic improvisation-filled performances.

However, I’m usually skeptical of turntablists as party d.j.s. Sometimes they get too used to crowds standing around and watching, and don’t understand the dynamics of a dance floor. At times they tend to get too technical and lose the non-d.j.s in the audience.

How did D.J. Klever and Craze hold up?

Klever started off the night with one of the best sets in recent memory. He played new Electronic dance music and used his d.j. skills to enhance the tracks with scratches and other manipulations.

Klever showed experience as a party rocker with a great selection of prime-time music. Even though I wasn’t familiar with the songs, each cut had a catchy hook that elevated the intensity and got the dance floor rocking early.

Craze took over after Klever’s excellent start. Both d.j.s engaged the crowd on the microphone and acted as cheerleader for the other when not playing.

D.J. Craze and D.J. Klever brought the vibe in the room up from their own enthusiasm on stage.

Craze went into a short Hip Hop segment that some in the audience had been waiting for. It’s interesting that most of the famous Hip Hop d.j.s don’t play Hip Hop music anymore. (More on this topic in an upcoming post!)

After the Hip Hop segment, the music drifted for a while before Klever took over again and started to raise the tempo.

Here’s a video of D.J. Qbert demonstrating the Transformer scratch!