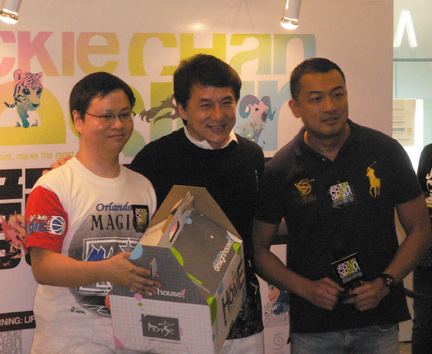 I was meeting some friends at Pacific Place, a popular shopping center in Admiralty, when I saw a promotional event was taking place nearby. Pacific Place is one of Hong Kong’s most visited medium-to-upscale malls, and has been an institution for people that live in Central since it opened. Although there are many newer shopping centers, Pacific Place’s location and shop selection, which includes high-end boutiques in addition to a Lane Crawford, Seibu and Great supermarket – keep it crowded with shoppers.

Deciding to investigate further and see what the commotion was about, I walked over to the small crowd and saw Jackie Chan posing for photos. Even though I’ve seen him perhaps a dozen times, and even worked on a film with him several years ago, it’s still interesting to see how he is received in public. This particular event was for one of his many businesses, although I couldn’t be sure which one. 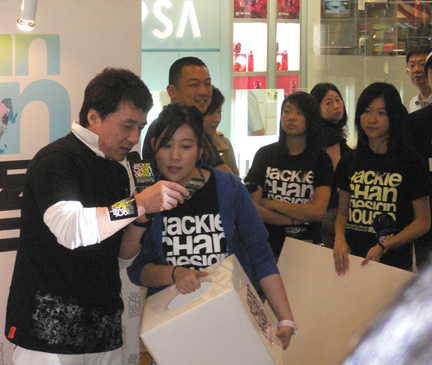